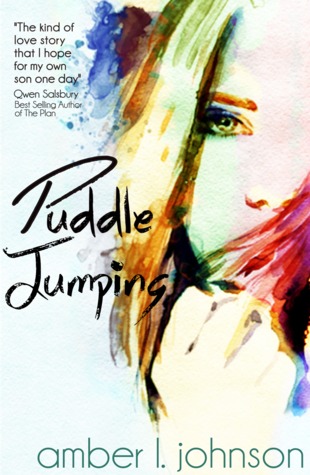 4 to 4.5 stars. This was an amazing book, and I am happy to see one about autism, however there were a few things that I didn’t particularly like.

Let’s start with characters. We have Lilly, she is our main character, I was really interested in her, however I got a bit tired of her clumsiness. You got clumsiness and then you got Lilly. After a few times it just got hilarious to see her get hurt. Sorry, but who gets zapped by lightning? Gets a concussion from a mattress flight down the stairs? Who hurts her arm first thing on a banister? Yes, Lilly. Accident-prone Lilly, at least in vicinity of Colton. For some magic reason, she isn’t this accident-prone or clumsy at other parts of her life.
I liked her and how she was with Colton, however, one little thing was that it felt like he was her charity-case at times. This changes later when they really get a relationship, but especially in the earlier times it just feels like she does it so she can show off to people. Just the little things she says and does, her total and absolutely scare dedication to Colton. I know love, but this isn’t love, at least not at the beginning. Also how she at times talked to Colton hurt me. This is not how you talk to people, this is how you talk to a bad child or a dog. 🙁 Later on I started loving her, for being with Colton, for helping him, for her love of Colton which seemed to be truly true. I was amazed that she stayed with Colton, after all he wasn’t the easiest boy to be with and I kind of was expecting her to run away at times. Which sure, she still does at least once, but I forgive her for that, since I would have done the same if someone told me such big news and didn’t care to tell me that in person, alone, so we could talk about it.

Colton, I really liked him. The writer did a good job on writing an Aspergers character. I know various people with autism, and I can say that she got it mostly right. But then again, it various per person, each person with autism is different. Some might be able to talk normally and act normally, while others are shy, withdrawn and need help with things. It was really interesting, when I heard this one had a character with autism I was drawn to the book, however I was also worried. In general people generalize people who have autism. There is not one side or another side for them, there is only one autism. And that isn’t good. There are many sides to autism, and Colton’s form is just one of the many shades that there are around. Colton seemed way more real to me than Lilly. He was there, he was trying, he was having problems and he was trying his best to adapt to a strange world that relies so much on communication. And he was also trying to love, find out how love works, how the various aspects of love worked. Of course he falls, stumbles, but I must say he does his best to stand up again and come out stronger.
Of course at times I wanted to shake Colton, to show him he does it wrong, that he isn’t supposed to do that. Especially near the end, there are just actions and he doesn’t get why they aren’t right, why they make Lilly sad.

There were various scenes that I absolutely adored. I especially loved that they didn’t use the words: I love you, in overflow. Instead it is said at 2 occasions, 2 very special and super wonderful occasions.
I often see the words: I love you, being overused, overdone and it just annoys me. If you are deep in a relationship I can imagine you say the words, but often I see new couples saying it after a day. It just doesn’t feel real for me then, now, after everything that Lilly and Colton go through, it fits and it was beautiful.

Another reason for my 4 stars was because the book was at times slow/a bit dragging. Or at times unbelievable. Especially the beginning was just a bit boring, however the last part makes up for that and had me speeding through the book. Still I have to rate the book on all aspects, and thus a lower rating.

All in all, I really liked the book, it was amazing, adorable, but again, also a bit boring and dragging at times. But I would recommend this book to everyone. It isn’t a long book (just over 100 pages), and unlike some books, the story is completed by the end. It has a very lovely ending that made my eyes get a bit wet.