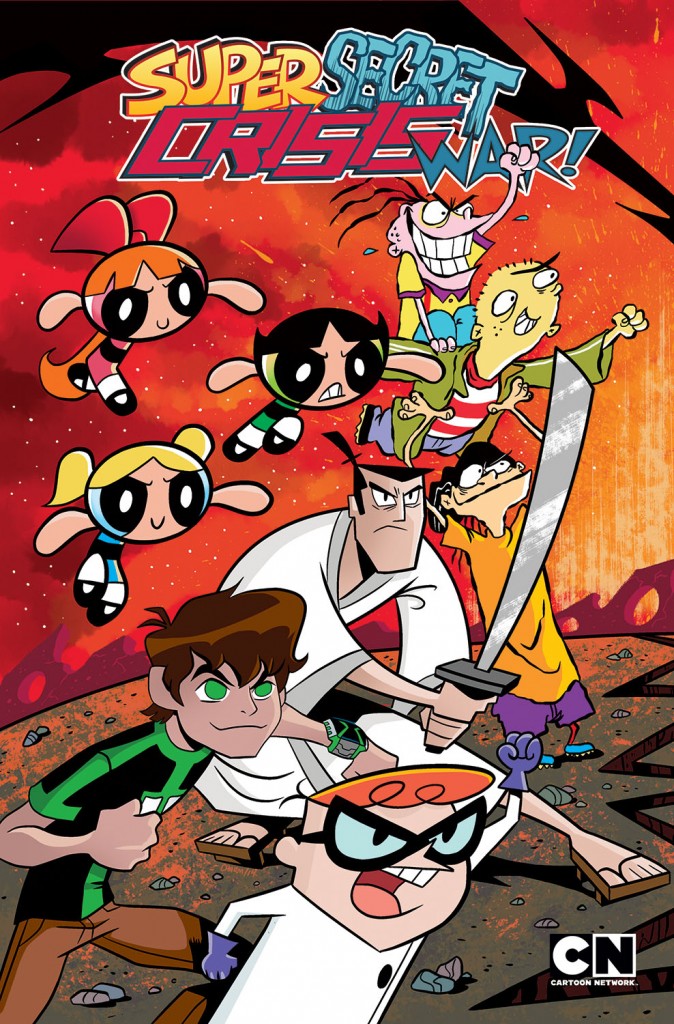 Disappointed, that is all I can say, seriously disappointed.

Good:
-The art, perfectly in style with the cartoons and their world. Every one of the group is drawn like they are supposed to do. So Ed, Edd & Eddy look the same as they should look like in the cartoon.
-Seeing all my favourite (and not so favourite) characters back. There are several characters I recognize by name, but I never saw their shows. It is nice to see the Powerpuff girls and Dexter in one setting, that reminds me of the fanfiction I read some years ago, which was totally awesome.
-The action, well, at least for the first part.
-Ed, Edd & Eddy! While I could also go on Nostalgia trip for Powerpuff Girls or Dexter, I still can find stuff from those cartoons, but I haven’t seen Ed, Edd & Eddy in years.

Bad:
-The action, it just dragged on and on and it got a bit boring in the middle.
-The constant: What will happen, find out in the next one-shot things. It distracted me and I was also worried that I might not be able to read further. If you make a book that compiles all these one-shots at least get rid of the stuff that says the next one shot will be released (insert date) or that you will have to read the next one-shot.
-The villains plan. Just so lame. But I guess that was to be expected for a kiddie comic.
-What was up with that squirrel? Super evil master mind? Will we find it out in book 2? Which I probably never find unless it gets on Netgalley.
-The story was nice in the beginning, but like with the action it just dragged on and it became silly. I think this works better as an one-shot, and I think it should have stuck to that. That way you keep all the tension and don’t lose it.

All in all, I had hoped for more and I am disappointed.