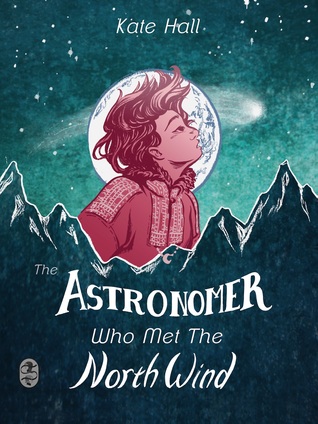 I was drawn in by the cover and the description sounded really fun. However, I can’t say I really enjoyed the book that much. Luckily it was short so it was over soon.

I really disliked the main character. I am all for girls getting more rights to just do whatever they want, but sorry it just didn’t work in this book. I found the girl more spoiled and a brat than someone trying to get her future right. She didn’t at all show compassion for her dad, who just wanted to keep her safe, especially after already losing his wife. He did his best to be there for her and all she did was run away and act like a spoiled little kid who didn’t get what she wanted. I am sure if she had waited a bit longer, maybe grow up a bit more, her dad would be willing to let her go or at least see that she might actually mean her obsession with the stars. Because come on, don’t all kids have like x number of stuff they really want to do and then change it later on? I can imagine the dad might actually think his daughter is also like this. Now she likes it, but maybe in a few years she actually hates it. Who knows.

The whole North Wind stuff? I saw it coming. Though it was a bit weird that one of the North Wind things was an actual human, or at least in human form… It threw me off a bit and ruined the story further for me.

And during the adventure I just kept hoping the girl would get wounded and get some sense in her head. Her dad warned her and she just didn’t give a damn about it. She wanted something and she would get it even if it would kill her.

The character I loved the most in this book was the dad. After the loss of his wife, he did his best to care for his daughter. He tried to help her out, gave her presents and love and tried to make sure she was safe. He is way too kind and I am hoping she will at least get some form of punishment for doing that stupid adventure of hers.

The title is also pretty much a lie. The girl is not yet an astronomer. She is just merely pretending and acting to be one.

I would recommend this book at all. Even if it is short, just pick another short book.