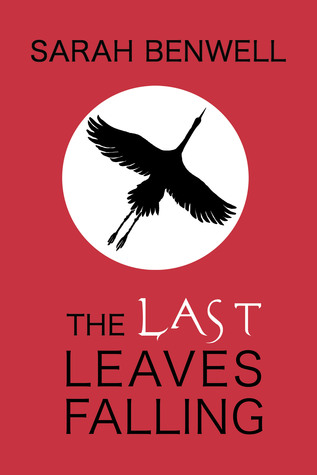 I didn’t love the book, but I really liked it. This was in no way the fault of the characters or the story about ALS. It was however about other things.

For instance, the story takes place in Japan (at least I am guessing this since there are various stuff about Japan, references and all that), but I just don’t feel that it is Japan. It feels like someone created a Japanese character, added some background stuff and then said, hey this should take place in Japan, but all the while it feels like this just takes place in America, or in another country that is not Japan. It was really conflicting and it dragged me away from the story quite a lot of times.

Another thing that I didn’t totally like was the fact that the chapters were varying sizes. One time it would be one sentence, then a paragraph or one or two, then 5 pages. I really don’t like it when this happens.

Also it is sensei, not sensai. 🙂

Sora was a great character and I really found him interesting. However I was also frustrated with him. I know life is tough and life sucks when you only have a few weeks? Months? Years? to live, but I wish he would open up, let people inside. And sure he does open up eventually, but he pushed away so many people, so many people who cared about him. And I wish he would just talk to people about his disease, talk about death, talk about stuff.

I did love the chat conversations and I found them really fun to read and also very interesting.

I also liked that we have a book about a teenager with ALS, it still relatively an unknown disease to younger people and I think that this book will be helping to make it more public, to make it more known. It is at least a better way to bring a disease out than by means of overhyped media attention in the form of donations and ice buckets.

And yes, it was heartbreaking, we meet with Sora when he is already far in the disease, he is already in a wheelchair. As the story progresses you see him fall apart, see his legs fail completely, see him fail with typing, it is really sad and I was just hoping for a miracle, even though I know there is no cure, no ways to help them but make sure they are happy and comfortable.

Next to the ALS part of Sora, we also have the problems that Mai is going through, Mai wants to draw, be an artist, yet her mother wants her to go to Yale and all the other fancy stuff and get high grades. Then we have Kaito who is learning to code and making websites.
Then we also have the whole Suicide mails/suicide cult thing that is running about.

His friends Mai and Kaito, I loved them, they were wonderful friends and I am happy to see Sora to have friends, friends who care about him, don’t mind him being sick, instead care for him and cheering for him.

The ending? Sorry, I didn’t like it at all. Actually I pretty much hated it and it is one thing I will deduce stars from. I won’t say anything else, just that I am disappointed and that I wish there was more to the ending than what it was now.

All in all though it was an interesting book, not always good, sometimes boring, but most of the time very heartbreaking.