Welcome to another Wednesday! The weeks really fly by, we are already almost in February. My birthday is in 8 days (so excited squee). Like the previous week I got 2 books. Sorry guys, I just can’t pick between them. There are so many good books that I want to read, it is already difficult to round it down to 2. But I don’t want to clutter it too much, so I will stick to 2 max. Both books are books I am really looking forward to, hoping to add them to my collection when they get released in paperback (so probably some time next year, given how long it takes for stuff to come out).

So here we go. *twirls* This week’s most anticipated books are: 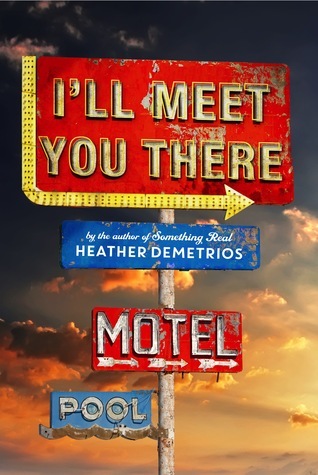 If seventeen-year-old Skylar Evans were a typical Creek View girl, her future would involve a double-wide trailer, a baby on her hip, and the graveyard shift at Taco Bell. But after graduation, the only thing standing between straightedge Skylar and art school are three minimum-wage months of summer. Skylar can taste the freedom—that is, until her mother loses her job and everything starts coming apart. Torn between her dreams and the people she loves, Skylar realizes everything she’s ever worked for is on the line.

Nineteen-year-old Josh Mitchell had a different ticket out of Creek View: the Marines. But after his leg is blown off in Afghanistan, he returns home, a shell of the cocksure boy he used to be. What brings Skylar and Josh together is working at the Paradise—a quirky motel off California’s dusty Highway 99. Despite their differences, their shared isolation turns into an unexpected friendship and soon, something deeper. 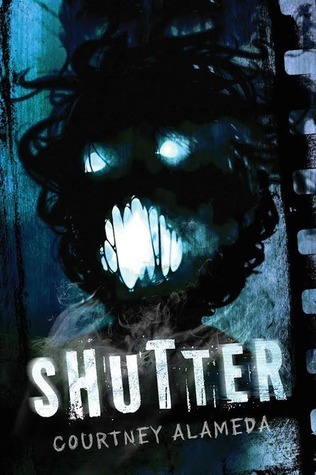 Micheline Helsing is a tetrachromat—a girl who sees the auras of the undead in a prismatic spectrum. As one of the last descendants of the Van Helsing lineage, she has trained since childhood to destroy monsters both corporeal and spiritual: the corporeal undead go down by the bullet, the spiritual undead by the lens. With an analog SLR camera as her best weapon, Micheline exorcises ghosts by capturing their spiritual energy on film. She’s aided by her crew: Oliver, a techno-whiz and the boy who developed her camera’s technology; Jude, who can predict death; and Ryder, the boy Micheline has known and loved forever.

When a routine ghost hunt goes awry, Micheline and the boys are infected with a curse known as a soulchain. As the ghostly chains spread through their bodies, Micheline learns that if she doesn’t exorcise her entity in seven days or less, she and her friends will die. Now pursued as a renegade agent by her monster-hunting father, Leonard Helsing, she must track and destroy an entity more powerful than anything she’s faced before . . . or die trying.

Lock, stock, and lens, she’s in for one hell of a week.

I’ll meet you there is up first. Quirky motels? Interesting romance? A girl trying to fight her future? And that cover is just pure love. So I really can’t wait to start reading this book. I am really interested in stories that features working in hotels/motels, so I hope this one will be perfect.

I love Hellsing and the whole world around it, and now we have a new Van Helsing. Ohhhhhh, I am excited to see what this girl can do. Sure, we know from the blurb she can do several things, but to see her in action in the book is another thing. Add to that that I always love ghost hunting and curses. I really can’t wait to see how this book will work out. The cover is the stuff of nightmares, though I also love it to bits. Plus I could really use a new horror book that isn’t zombies or vampires. Good ghosts/curses books are hard to come by (at least for me).