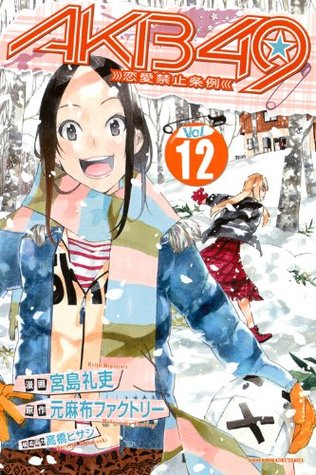 Starting with Volume 9, we have a rival saga. This one continues and reaches it climax and end in Volume 12. And not just any rival, no one of the worst characters in manga history. Maya or Maya-chan. She thinks the world is all turning around her and her precious little self. She does anything to get her rivals down. Anything, no matter how bad. And she isn’t the only one who is trying to sabotage stuff. Her management, her boss are all just as bad. They all think money = everything. I think it is sick that Maya-chan did things like this, but I had expected better from someone who is higher-up. I don’t think this is the way you want to promote your record company. Luckily the fans barely notice that the higher-ups have a lot to do with everything that happens.

I really despised Maya-chan. We get to see her past and it isn’t pretty, but even with that past revealed I couldn’t make myself like her. Just because you had a shitty situation in your youth doesn’t give you the right to be an absolute psycho about people who are better than you. Her whole revenge towards Ai-chan was just ridiculous. Seriously? You hate her because she was better from you? Because people flocked to her instead of you? She even gave you her crown, even tried to cheer you up. And what does miss Psycho do? Go into full rage mode and even plot revenge stuff. All for that? Sorry, but no.
I am glad that she had a nice moment of discovering that what she was doing is bad. Too bad it took so long for her to get it. I hope we won’t see her in the next volumes any more. I just can’t stand it.

We also have someone who discovers about Minori/Minoru, luckily she doesn’t spoil anything and keeps it a secret. I was worried at first, and I am still worried, but I hope everything will turn out ok.

I loved the battle on the stage. GJ did a wonderful, epic job and showed the world how good they are. How they can capture the hearts of people, even those that aren’t fans. They will turn everyone into fans. 🙂

The other parts in the 12th volume are promotion (yes, finally! After 12 volumes we finally get to see some promotions), but also graduation and the motivation to keep on going and beat the 8 greatest AKB people.

All in all though, I am really looking forward to the rest of this, I want to see how it continues. Though I also have to say I am getting a bit bored by it. Minori/Minoru is always awesome and it gets kind of boring. I wish he/she would just misstep for once.