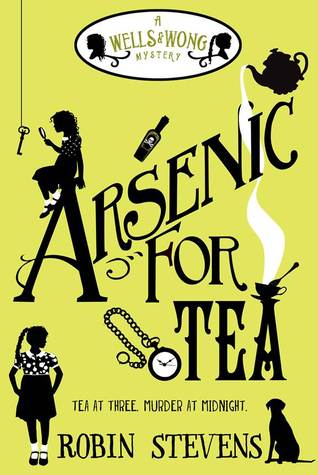 A really fun and great mystery!

I adored the first book and I was hoping the second book would also be that. Especially since I often hate the second book, I also call it the “Second Book in a Series-Syndrome”. Thank Lord this book didn’t have that problem. At least not that much. I rated this book with 1 star less, mostly because at times the story just got a bit slow, Daisy was just a bit too obnoxious and Beanie was just annoying with her constant crying and whining.

Hazel is still my favourite character and I am really grateful that she is still our main character. I wouldn’t want to have Daisy as the main character. No offence to the girl, but she is a bit obnoxious, spoiled and thinks the world is hers. And woe is there when it turns out she isn’t that special. Luckily we also see a human side to Daisy. We see that her life at home isn’t that perfect. Her parents are arguing or are far away from each other, her house… well let’s just say it has known better times and there is barely any household staff. I really like that we start to know more about Daisy, while she is still not my favourite character this book made me like her a bit more, especially with her home situation and what happens in the book. I can imagine some people might go a bit crazy over that.

The book begins when things already happened and how Hazel is going to tell us all about it since she had to write stuff down. The book is split up in multiple parts during which various things happen and things get discovered. I really liked that this was done, I think it could also have done without it, but now it made it special and I was looking forward to the new parts of the story.

The setting, I was kind of sad that we didn’t get any boarding school fun this time, however after a while I didn’t mind it that much any more. We got a good old house in the middle of practically nowhere (given that they had to travel for quite a bit) + rain and floods (which equals to no escaping and stuck with a murderer) + tea. All things I really like. We also had a small hint of romance, if you would call it that. Especially considering the age this takes place in. Still it was cute that it was added.

The whodunnit was interesting and I had a lot of fun trying to figure it out, though I knew most stuff before the end of the book. What is up with Felix and the governess? Well I saw it coming, especially with how they were reacting/acting and Felix was acting towards Daisy and other people.

We got a big cast of characters in this book. Daisy’s family, household staff, friends and more. It was really interesting as every one of them was a possible suspect, or a possible target. Also how they all acted around each other was fun and interesting. Seeing how people react when there is a murder and that they can’t escape. You can imagine that there is a lot of hysterics and drama and fear.

Luckily we got our girls who are determined to solve yet another case. Though Hazel at first didn’t want to do it. She is still a bit traumatized by the murder in the previous book. At times I felt sorry for her, but at other times I was cheering her on. I knew that even though she was afraid, she was also brave and smart and I knew she wanted to know what happened.
The mystery and how the girls go on to solve it was really fun, though it was also a bit boring at times. Some things were just obvious and it took them quite a bit to get to the point of figuring it out.

The ending was great, I really like that police officer and I hope we will see more of him in the coming books.

There are quite a lot of English terms, luckily I know most of them, and others I can look up. 🙂

I really liked that there were maps included and a family tree. I always like it when books do this, and I wish more books would do it.

All in all, I am not disappointed with this book. I can’t wait for the next one, though I hope that one will have the boarding school setting again.