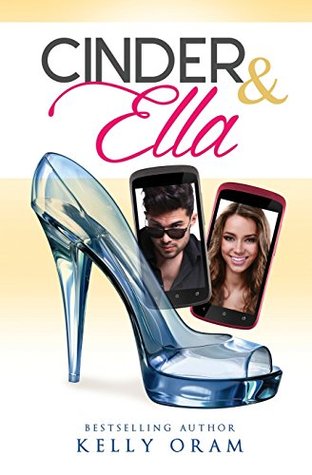 So here goes, as I said, I might write a review, well here it is. 🙂

Wow, this was a fun, but also very intense book. Don’t be fooled by the cute cover, this story isn’t only about finding your true love, or having a wonderful friend. It is also about an accident, suicide, burns and the bullying that people do. It is about a whole lot of things, and while I normally don’t like book with an overabundance of topics, it all matched with this one. Every part that happened is to get closer to a certain goal.

There was one thing that I didn’t get. A girl who lost her mom in an accident, has a limp, scars that will never leave gets to a dark place and tries to commit suicide. She is instantly put under watch and even when she is 18, she can’t do anything because she is under the care of her dad, forcefully. She can’t make any decisions, has forced sessions with therapists and all in all no one listens to her, but everyone makes demands. I really don’t get it. So she was once in a bad place, um no shit, I would be the same if I lost my mom, didn’t get to be at the funeral, lost all my stuff, my house, my place and on top of that, have a limp and severe burning scars. Why, after months of rehabilitation and such, would this mean I am still a danger to myself? I am out of the dark place. Our main character has quite often said she is not a danger any more, that she just wants her own place, her own way of finishing school. Instead she has to proof herself so much that it breaks her again. I don’t think is what people would want, do they?
I felt sorry and so sad for the main girl. She is trying her hardest, but gets punished unnecessarily for something she did when she was in a bad place just after the accident. Maybe this is how it works in America, I don’t know, but I think it is just ridiculous to treat people like this.

I loved our main character. She tried her best, she tries to fit in. And I can imagine her anger with her dad (more on him in a bit). I loved that she loved books and movies, that she liked reviewing them. I felt sad when she found out her dad got rid of all her precious books. All the books she collected or had gotten from her mom. I can imagine the pain, the feeling that you already lost everything and now you barely have anything to remember your mom. 🙁
I loved her interactions with Cinder, they match up so well. And it was just fun to read about their conversations.
She was also strong (like when she went to school and had to go through all the bullying and stuff), though I knew that on the inside she was sad and feeling not all too good.
Luckily not everything is bad. She makes new friends and her family is warming up to her. Add to that a whole chunk of romance (though not the easy kind of romance, as is never the case when one falls in love with a stranger who turns out to be a celebrity).

Cinder was an interesting character and while at times I disliked him and his attitude, I loved how he was with Ella. He really cared for her, really wanted to be there for her. And he didn’t mind her scars that much, though I am sure he had quite a shock when he saw them the first time, but that is logical, especially when the scars are big like this.
The things he did for Ella were absolutely amazing and adorable.

The dad, for most of the book I disliked and despised him. I can imagine he was trying his best for his daughter, but there are better ways to do so. Forcing her to live with you, throwing away everything from her old times without asking, forcing her to do several things, getting angry at her when she wants to wear certain clothes that mean a lot of her and a whole lot of more things. Add to that that he should have known it might end up bad. You LEFT her, you can’t just expect her to like you again after all those years.
And sure, near the end he turned a bit better and we could understand him more, but I still disliked him and his actions.

The sisters (especially one of them) were horrendous. Dear Lord, jealousy much?

The story itself was pretty awesome, and again, I really loved the interaction between Cinder and Ella.
Also nice fairytale retelling. 🙂
So don’t go into this book just expecting romance. As I said, this book deals with a whole lot of topics, some are pretty big and difficult.

I would really recommend this book to everyone.