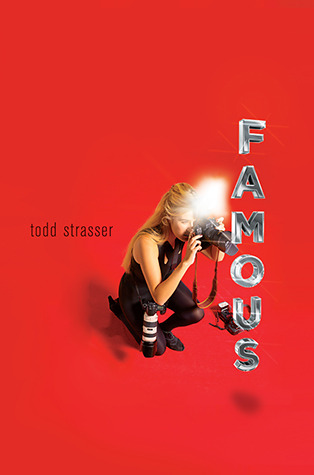 I was really excited to start reading this book. I loved the idea of a book from the point of view of a paparazzi/Celebrity photographer. I wanted to know about Jamie, about those shots and about the decision. However, the overall book was horrendous, for various reasons.

Let’s start with reason 1.
*The book has too many problems stuffed inside it. The blurb makes it sound like it is just about Jamie, about her career, about those shots she got on her camera, about the decisions she has to make.
However, the book is actually about a whole bunch of problems, smaller and bigger ones, all dumped together in one confusing blob of blah.
So we have Jamie, but we also have some friend named Avy who is a whiny brat and goes for plastic surgery and add to that the problems that come with him, then we have Willow’s stalker, a detective who is on the case about the stalker, then we have Nasim, who is Jamie’s boyfriend, though I don’t really see how they are together and lastly, our final problem, which is a small one, is Jamie’s brother Alex. All in all, I wish the author had kept to one problem/thing. Jamie. Maybe add a few things like how her friendship and relationships break because of her obsession with her photography, but don’t spread it out like this.
I totally didn’t care about any of the stuff happening to Avy, Nasim, Alex or that stalker. I read them, but mostly I wanted to drop the book and read something more interesting.
I really dislike it when books dump a lot of problems on the reader. Just keep it to one problem or subject, not 3 or more.

Now for reason 2.
*I didn’t mind it that much that we went back and forth between the Jamie of now and the Jamie of then. However, we also have emails about her week with Willow, then we have parts about the Stalker and about a Detective. And then added are parts about Avy.
Most of these chapters are in the I-perspective. However, one of them is in the You-perspective. One that really was odd and weird, especially since the chapter said this was from Jamie’s perspective. Yet, with the you added it felt weird and strange. I didn’t know Avy, and I don’t want to know him.

Now reason 3.
*The characters. None of the characters were particularly likeable. I hated Nasim, I absolutely hated Avy, I hated Willow and Rex. I didn’t care about the Detective or the Stalker and my opinion on Jamie switched every time. One time I really liked her and was cheering for her, the other times I hated how she acted around friends and family. How she dropped everything and anything to get her job done. It doesn’t matter if she had to skip school (bad idea) or drop her friends just to get that one shot. That shot that gave her money and satisfaction.

Avy was just a whiny brat that didn’t get his special toys and then decides to go for the bad road that ends in ruin. I didn’t like his attitude, his I want this and if I don’t get it I will do this and that. He was a dick and while I was sad with what happened, he had it coming. This may sound cruel, but sorry, I just didn’t like how Avy acted like a freaking 3 year old that doesn’t get something while shopping with mommy and daddy. He expected everyone to support him and care for him and be there for him whenever he wanted. He was a bad friend. Even worse than Jamie.

Nasim, I really don’t see how Jamie and Nasim are together. They don’t match at all, they are total opposites. And yes, I know opposites attract, but this is just overkill and unbelievable.

I also hated how we never find out what was on those shots. The only thing we know is that they will break Willow’s career and they were badly taken shots. Whatever is in them is up to us to guess. And I don’t like that. Sorry, it made the story even more unbelievable.

I am glad I bought this book for a discount, it is still a shame of the 3 euros, but oh well, better than that I had paid the full price for it. Maybe someone else will like it more than I did.

The only reason I would give this a 1 star is because of the unique setting. I haven’t seen a book yet, that is from the perspective of a paparazzi/celebrity photographer. So 1 star for that. And -4 stars for all the other stuff I mentioned.

Would I recommend this book? No, no, and no.