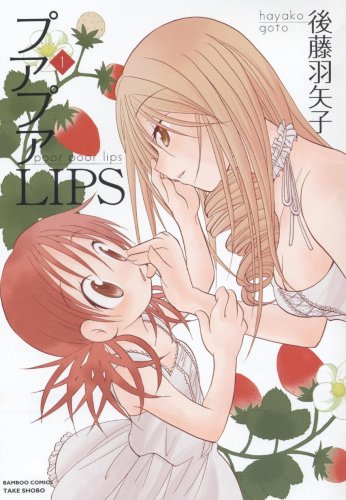 I was looking around for some new Shoujo-ai manga and I found this one. So far I am not entirely impressed and that is due to various things.

The whole joke about Nako being poor is getting old and overdone. The ways she lives her life and how she cooks/gets food are just getting boring. We know she is poor, even though at one point she earns 20 dollars per HOUR!!! Her debt magically never gets paid off (at least not yet, maybe that will be done in the next volumes). I really wonder how her money management is going, given that she seems to spend a day worth of money (Let’s say she works 6 hours a day = 120 dollars a day) without thinking about it.
What does she buy with that money? Not food, since she barely eats anything and also no clothes, since she barely has those. It is a mystery and it is one mystery I dislike. Someone so poor doesn’t handle their money wasteful like that. Unless she has some kind of addiction we don’t know about.
It is also getting a bit boring how Nako just does everything for food or perks up at the mention of food. It is fun once, it is fun twice, but after a lot of times of the same thing… no thank you.

I really liked Ren, but by now I find her more perverted and annoying. Sure, with the events happening in Volume 2, you know she is changing, but still, she is still flaunting with her richness. Also her whole thing about: I am a lesbian, but don’t worry you are not my type, is getting old. Everyone can clearly see you like Nako, so just shut up and kiss her already.

How the characters are drawn is another thing that I didn’t particularly like. I had to constantly remind myself that Nako is 21, and not 14 or 13 as she actually looks like most of the time. At times I felt bad for watching Nako and Ren hug or some other intimate stuff. Mostly because I just kept forgetting Nako’s age.

The story itself is interesting, though we are now 2 volumes in and we have 2 or 3 to go. There is still a lot of things unsaid and while I am hoping for them to finally get together and say they are girlfriend and girlfriend, I am worried it will never happen or will only fleetingly be mentioned or suddenly pop up at the end of the series. I do hope that the next volume will bring some more romance, because so far there is almost none.

I also hope the next volumes will lessen on the whole Nako is poor and the whole I am lesbian, but you are not my type stuff. I hope we will finally distance ourselves from that and start going with something else.

The art is pretty meh and at times horrendous. It fits the style of the manga, which is 4-koma, but still I wish the art was better and prettier. Now it looks off and strange. Not only faces and bodies, but also their hair is just weird.

All in all, I am not sure if I would recommend this series/these 2 volumes. I might read the next volumes (since I am almost there), but I am not sure yet. Again, the same jokes and the ugly art are not helping me continue with this series.