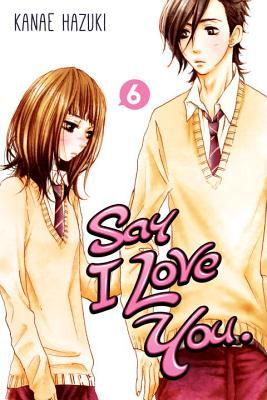 A wonderful new volume in this fantastic series. <3

In the previous volume’s review I expressed worry about the new rival that popped up. And I was still worried throughout the book, even though it was pretty clear very fast that Mei only has eyes for Yamato. Thank Lord for that. I still think it is a pretty dick move of Yamato’s friend to confess to Mei like that. You just don’t do that to your friend. Be honest with him, tell him about your feelings about his girlfriend to clear you conscience, but don’t go and confess to the girlfriend. I really liked this character, but now that he is kind of a rival (yes, even after what Mei said) I don’t like him at all.

I do hope that the whole rival thing is now over and that we can fully focus on Mei and Yamato again.

Megumi was (once again and no surprise) an enormous bitch. Trying to pull Mei’s friends away from her, gossiping, making her look bad with Yamato and various other stuff. Sorry to hear you had a sucky past with bullying and all that, but that doesn’t give you the right to act like a freaking princess and a bitch. You are now just as bad as those who bullied you.

Luckily the characters in this manga are finally seeing through Megumi’s attitude and are dumping her left and right. No one likes a girl who is pushy or demands all the attention to be on them. Nobody wants a girl who is so jealous that she will break someone else.

I disliked Megumi’s attitude towards her friends. This is not how you treat them when they don’t want to participate in your stupid and evil plans.

Mei was a great character in this manga, I love how she looks these days. Before I always found her a small grey mouse, but these days I really like how she tries her best to look good for Yamato.
I also love her relationships with her friends, how protective she is when one of them is in trouble. And of course her friends look out for her as well.

Near the end we have Yamato and Mei visiting and staying at a theme park. Because of their one year anniversary (can you imagine? It has been a year already!). Sadly it was kind of spoiled by that annoying sister (seriously, she should get the hint, as should Yamato’s big brother). I was hoping for lots of romance, but in the end that stupid sister ruined the perfect mood. :\

And now we have to wait until the next volume. Will Mei and Yamato have sex? Or will Mei say no? Will they go further than just kissing? Or will they spend the night just talking and kissing? I am quite curious, especially since we know how Mei is.

The art is still gorgeous and I really love how the characters are drawn.