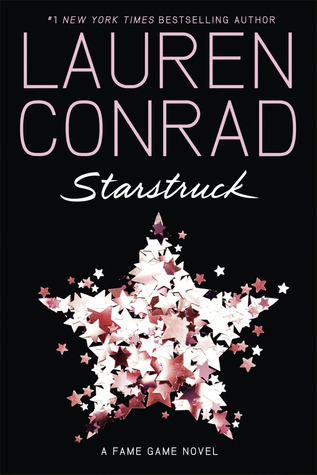 Thanks to me reading the L.A. Candy books not that long ago I finally got all the little references that were spread in the book.

I knew now who Jane was. What L.A. Candy was and what happened to Madison. It made the books so much better and unlike the previous book of this series (before I read the L.A. Candy books) I wasn’t confused! I was now mostly shaking my head or giggling at the little references.

As people probably know, I hated Madison over the course of the various books. But for magical reasons, I am starting to really like her. Of course she is still venomous and still is a little bitchy at times, but I also saw a different side of her in this book.
Sure, she hated her volunteering work, but in the end she didn’t mind it that much and she even did something wonderful. Something I totally didn’t expect her to do. After all we all know how Madison is, and thus her doing that… nope. It made her seem more human and more friendly.
I also love how she is towards people. Like I said, still a bit bitchy, but for some reason not that bitchy. I loved her with Kate and Gaby.
I was cheering for her during the parts with Sophia. Poor her, stuck with her sister.

Kate, urgh, I really dislike her at times. She is boring and plain, and makes drama out of everything! Seriously and really, everything! OMG Carmen had a hookup with Luke, AGES AGO, and has to have a fake relationship with him now, OMG let’s be bitchy towards Carmen, because “OMG she should have told me before about her kissing my crush.” Um, no? She didn’t even know you when it all happened. She is not obligated to tell you things that happened before she knew you. Do you want all the details on Drew as well? No, you don’t want that do you? rolls eyes Also her whole stage fright just gets annoying. I wish she would just get over it. And her resorting to pills? Bad idea, very bad idea.
I didn’t like how she was, how often she drank herself to oblivion. It didn’t fit her character.
Kate is kind of becoming the Madison in this series. The bitchy, I need attention NOW girl.

Carmen was interesting, and she is (next to Madison) my favourite girl. I really liked how she tried to make up with Kate (many times), I liked her when she doing the movie and I loved her and her interactions with Luke.
I do hope in the next books we will see her interact more with Luke and I also hope she will pick up some jobs, because the movie thing is (almost) done.

Gaby, I used to like her, but I am not sure what happened to the girl now. She has a drug problem, suddenly does operations on her body and several other things. I kind of miss the old Gaby. Who was ditzy, but still a fun character.

The story itself was fun. There is plenty of drama, “reality” show stuff, boys, romance and of course a new and improved Madison. The ending was a shock, while I could have expected it (considering what happened to that character) it still was a shock to see it actually happen. I hope everything will turn out fine in the next book!