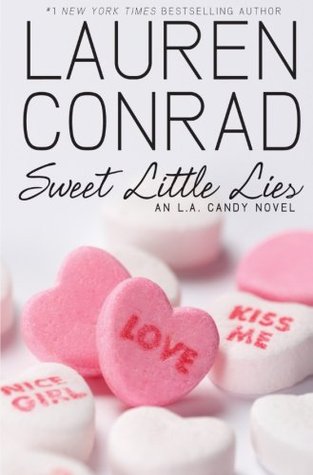 I am still not sure what to rate it. I am hovering between 2 and 4 stars. I guess 3.5 might be the best to give this book.

Yes, the book was still pretty decent, however Jane. Oh God, Jane. She was so frustratingly dumb and naive, it just got so annoying. Everyone was telling her to watch out for Madison. To watch out for Jesse. But did she believe them? No. Not until she was shown some material and not until Jesse spun further and harder out of control. It took her the entire book (+/- 300 pages) to find out that Scarlett, Hannah, Diego, Gaby were all right about things. That she screwed up soooo hard. That she is a blind fool who trusts people too easily. Hello girl, welcome to Hollywood, you should never trust anything.
Jane’s behaviour was just annoying. Everyone can see she is in an abusive relationship (with Jesse). A guy who is nice when he is sober and then abuses you, pushes you, calls you names when drunk is not a good guy. That is a guy that needs to go and head back to eternal rehab. I didn’t get why she stayed, why she kept coming back for him, why she helped him out so many times.
And then I haven’t even mentioned Braden. Yes, Braden. The dick from the last book makes another comeback here. Because our dear little Jane just can’t stay away from him.

My favourite characters from this book would be Gaby, Hannah and of course Scarlett. Scarlett still has a big mouth and is still a bitch about things, but you can see deep underneath everything that she actually cares A LOT. I also liked how smart she was, though at times it felt a bit too much. I felt sorry for her. She tried her best to save her best friend and instead lost everything. Sure, maybe she should have been a bit nicer about things at times. Though… we are talking about Jane here. No wait, just keep on going being a bitch about things. Jane won’t get it until everything goes haywire and the world ends.
I loved Scarlett and a certain boy. I do hope we will get more of these 2 in the next book.

Hannah was a surprise in this book. I was already interested in this girl, but then we find out some things and my interest shot up. She is a really great girl and I hope the next book will have more of her.

Gaby was another surprise. She says some very stupid things, yet, in this book she gives advice and is pretty nice and kind. I can’t imagine why someone like that would hang out with someone like Madison.

Urgh, Madison. It is a shame that I read the other series first (or at least the first book). Now I already knew what was coming. I already knew what/who Madison was/is.
This book has more Madison than the previous books and that is also a reason for the lower rating. I despise Madison. Only thinking about herself. Only making sure she gets all the attention. She does anything to get herself on that pretty pedestal and become queen of all. Even if that means screwing up her “friends”.

The story itself was interesting. We can see that everything is spiralling out of control. While the series are still ongoing we can see that things aren’t going so well. Scarlett and Jane want to quit the show. Madison wants to stay on the show. And Gaby… well she is Gaby.
It was interesting to see how things got edited so that they would make a “good” show. Like the dinner with Scarlett and her parents. That one got edited so much that it was almost ridiculous.
But it was also fun to see how the show was made, how things aren’t so real after all. Everything is just a fake reality.

All in all, I would still recommend this book. Be warned though, you will be frustrated at Jane. You will want to throw your shoes at Madison (make sure they aren’t expensive, that would only make Madison happy). But you will also snicker at all the drama, you enjoy seeing Scarlett finding someone. This book is packed with drama, romance and “reality”shows.