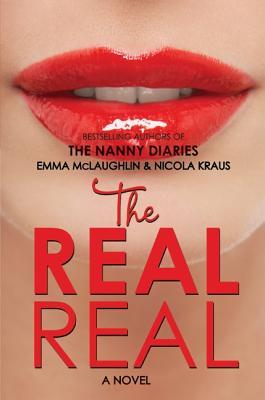 I recently finished L.A. Candy and the Fame Game and I was looking for a new book or series about reality shows and people participating in said shows.

And I found this book. Let’s just start with that this book isn’t for everyone. Some might be off-put by the book. There is some bad language, there is drunken teenagers, there is some hooking up/hints of sex. But other than that, it is a great book.

It wasn’t always that great though, there were enough parts where I was shaking my head. Where I was wondering things. But in the end I just had to give the book 5 stars, because even with some things wrong, I still enjoyed myself immensely and it was a fun psychological thing to see how our main character went from silent and mousy to cheating and drunk and then back to trying to find normalcy. There was a lot of fun drama and silly romantic stuff. There are even various love triangles. (Normally I don’t like those, but they are well done in this book.) Jase has 3 girls pining for him (yes, I would also count her as she still went for him). Drew has 2 girls pining for him. Then we have Melanie and Rick who were pretty much the odd ones out. It was all a bit silly, but it brought lots of comedy.

Our main character was quite boring in the beginning, and I was worried she would stay like this for a long time. Luckily, the reality show brought another side out of her. One that I didn’t entirely expect.
I didn’t always like our main character. She made bad choices, she went to the wrong people when things went wrong (seriously, having (almost) sex with someone because the boy of your dream doesn’t like you/acts like a bad guy is a bad thing). I also didn’t think she was that kind of girl. I thought she had pretty big morals, but it seems when everything goes wrong she dives in the arms of a guy.
But I also saw a girl underneath all that. A girl that actually wants to be good, wants to get out of all the reality crap, just wants her life back. A girl who, even when they were on vacation, was studying for her tests. A girl who would do anything to get stuff to be normal again.

We also have various other characters. We got Jase (Stereotypical player who will screw with any girl), Melanie (not sure what to think of her, she was pretty boring and I didn’t get why she was added to the show), Nico (Girl that everyone liked, and who had some good moments, but also a lot of bad ones, but she picked herself up at the ending), Drew (Urgh, disliked him soooo much. He was a nice guy at the beginning, but with the reality show I just disliked him. I know he had to do a lot of these things, but couldn’t he have thought for himself for a bit too?), Rick (No clue, he wasn’t around that much), Trisha (Urgh, stereotypical popular girl who doesn’t care about relationships and the word taken and who would do anything to get on the show) and lastly, Caitlyn. And here begins my rant. I disliked Caitlyn. Or let me clarify. I liked her in the beginning, and then she didn’t get what she wanted and she went all boohoo and angry on her best friend who really tried her best to get her on the show. And yes, our main character tried. She tried so hard, but all she got was no. And all we got was a sad Caitlyn who couldn’t handle it. Like with a few other characters, she redeems herself, but I really disliked her. Instead of being there for her friend and trying to support her, she went full hate mode. :\ Nice friend you are…. No.

I really loved the ending. It was a bit sick (due to what happened there), but I always had my suspicions about that character. I always thought there was something shady about them. And I was right! I loved how the main character and one of the side-characters kicked ass and got what they wanted. Girl power!
The last pages were really sweet and they made me so happy. Though I didn’t entirely like one of the characters, I still was happy they got this ending.

What I want now though is a sequel. There is enough material, and with this ending, there is a mountain of possibilities. I know I would buy it if it ever happens. 🙂

All in all, this book is one I would recommend.