Last week on Thursday I went to another Boekenfestijn, only this time I had quite a bit more luck getting and finding books. It is still not as much as it used to be, but at least I am delighted that I found books again. As people know, I have had 2 misses with the Boekenfestijn and I was worried I might have to avoid it. Luckily, now I have some more motivation to try it again. Though the next one won’t be for another 9 months. 🙁
I am really delighted that I have a new stack of books again and hopefully I will like them all, as most of them are new books.

Now without further ado, here are my new precious books. 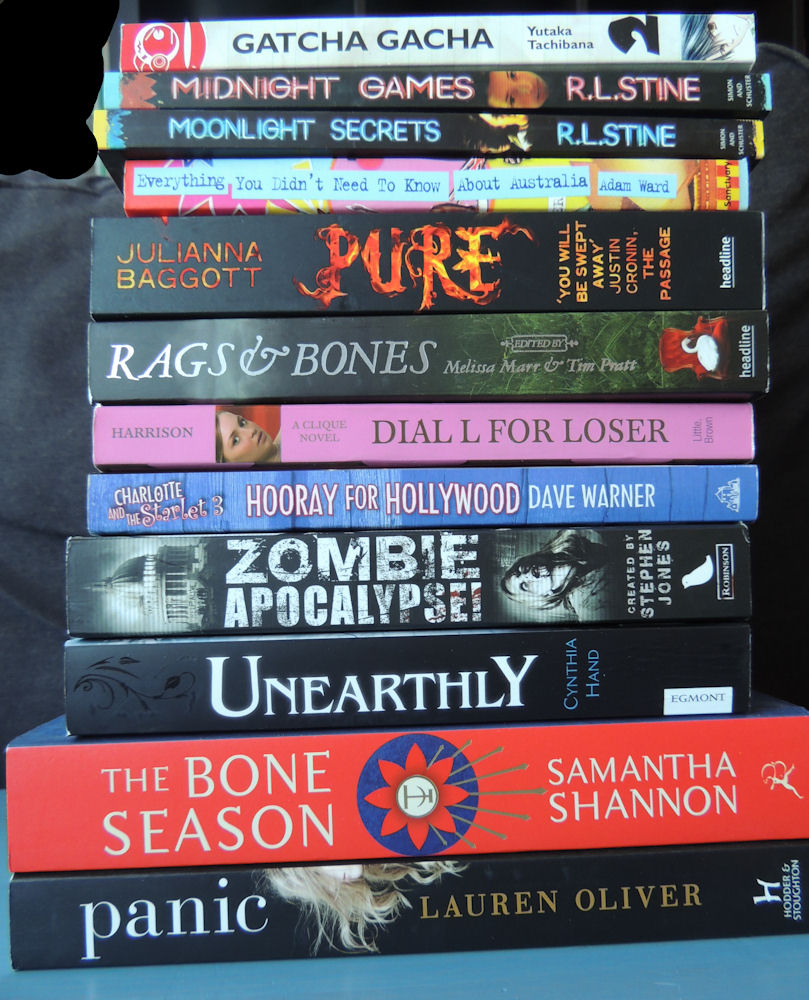 As you can see, I got enough new stuff to read. I am especially looking forward to Rags & Bones, Bone Season and Unearthly. I will be reading these pretty soon.