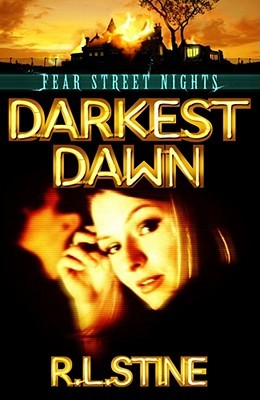 The last book in this series, and while I am disappointed in the ending, that was also the only thing that I didn’t particularly like.

This book focusses on Jamie again. After her ordeal in the previous books she is back, though plagued with fear and dreams. I really like Jamie, though I wish she would have been more honest with her friends. I am sure they will forgive you if you tell them that you did things while under the influence of something bad. They are your friends.

Once again, murders happen. Just as gruesome as they were in the previous books. R.L. Stine sure loves gore. 🙂 I felt sorry for those who passed away in this book. Sorry, no spoilers, you will just have to read the book.

The whole twist with *insert name*? I saw it coming. I was already wondering when it would be mentioned/when it would be shown. It is kind of disappointing it took up to book 3 for it to come out. It felt a bit last minute, while I think it would have been perfect had we had more hints in the previous book.

Once again, I had a problem with the whole drinking things. These are kids, underage, yet drinking themselves to oblivion. Like I said in my previous review, I don’t mind some drinking, I can imagine kids are curious or want to try out stuff, but drinking until you can’t walk? Drinking until you don’t even know what is happening? No.

The ending was typical R.L. Stine style. Which is a shame, I had expected something grander to happen, and I was a bit disappointed that even in this series we get a typical ending. :\

But all in all, I really liked this series. And I would recommend them, though be warned, the murders are a bit gory.