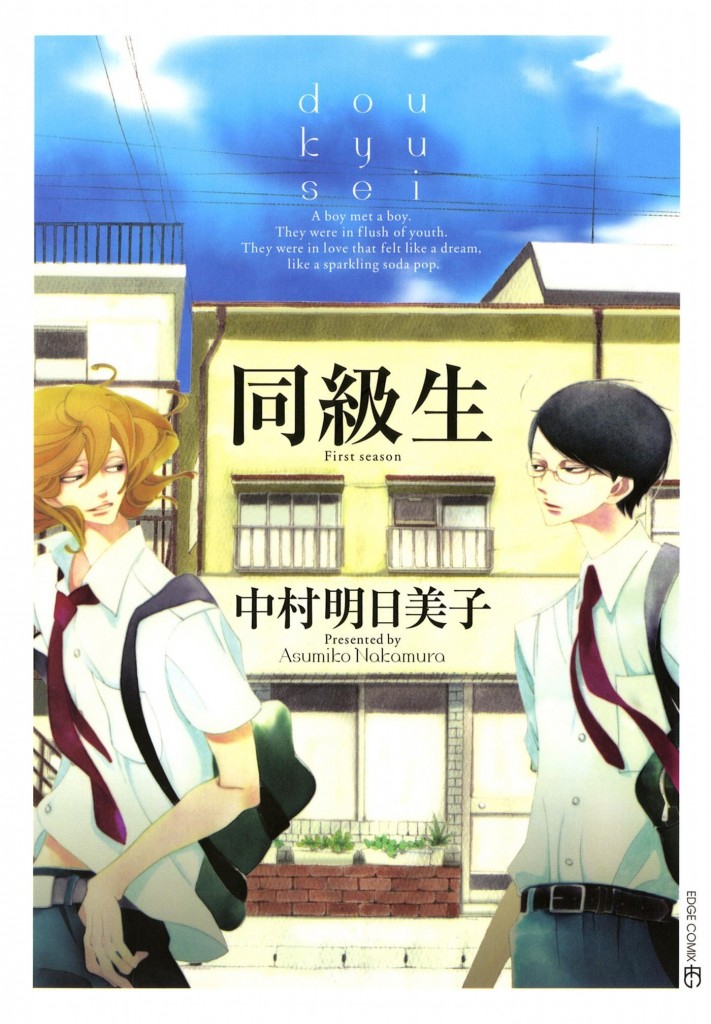 I read on Animenewsnetwork that this one would be getting an anime (no information on whether it would be OVA, ONA, Movie or Series), and the trailer looked pretty decent, so I decided to check it out.

All in all, it was a good manga. However I didn’t like everything.

For instance, there was a lot of cliché stuff. Falling over each other, bumping into each other, the awkwardness of first love and various others. At times it just distracted me from reading because I just had to shake my head. I don’t mind clichés but there really should be a limit on how many clichés you can use in one thing. 🙂

The art was another thing. On the one hand, at times it looked pretty, but at times it looked so darned awful. Their eyes were just scary and creepy and their bodies often looked disproportional and they seemed more alien than human.

The drama was also over the top and silly.

But the romance was pretty cute and I think they really fitted together. I really loved the times they kissed and hugged, it was really lovely.

The characters were interesting. We got a serious guy named Sajou, and a more laid-back and silly character named Hikaru. Most of the time the action comes from Hikaru, who seems to be more experienced in these things. But slowly, as the manga and the time pass, we can see Sajou stepping up more and more. Losing his insecurity, daring to do more. It was all pretty realistic. Unlike some manga or anime were characters immediately dive into a bed and have sex. This one builds up, shows us the characters insecurities, shows us how much they love each other and how they try to be there for each other.

However, it all ends pretty fast and the manga leaves me wanting more. What happens with these 2? Will they stay together? Will they go to different universities? Will they go further than hugging/kissing? I got so many questions, and I guess I will just have to hope that one day there will be more about this couple.

All in all, I would recommend this manga. It is cute, short and fluffy and also pretty realistic. Though be warned, it is open ended. If you don’t like that, don’t read it.