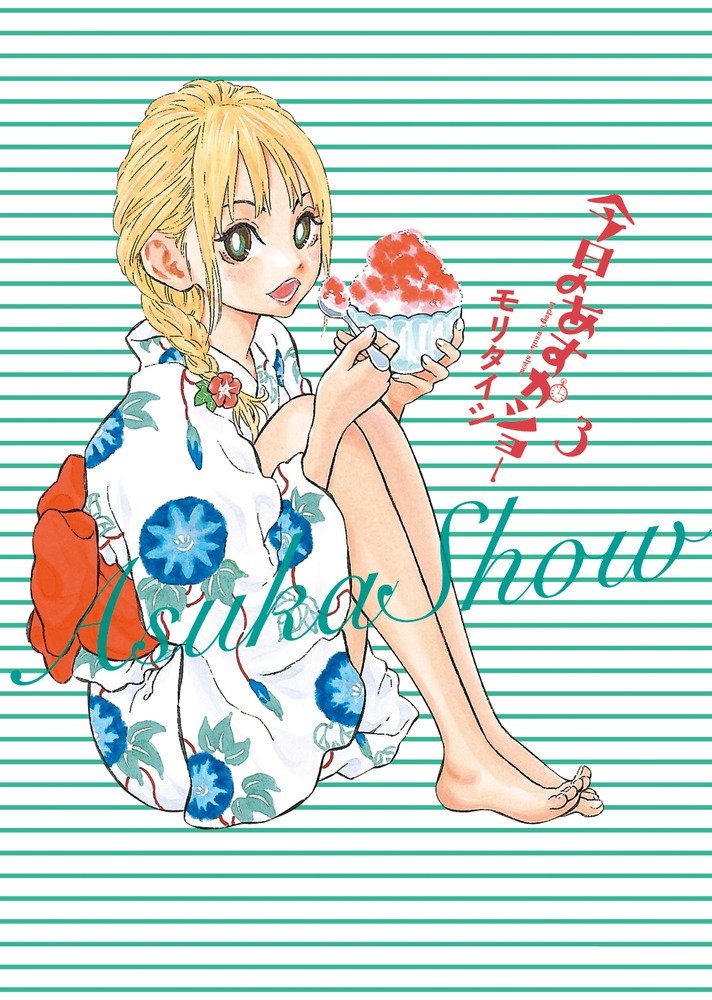 Review for Volume 3 and Volume 4.

Aww, the manga is over now. 🙁 I feel that there could easily be more Asuka, but I guess the mangaka didn’t think so, or the manga wasn’t successful. What a shame. Though, I must say I didn’t like these volumes as much as the first volumes. There are some chapters that don’t feature Asuka as much as normally. At times she is just a side-character and I don’t really like that. Sure, she pops up in the end, fixes a problem, or acts her silly self, but it just lacks and I noticed that I skimmed through them to get to the Asuka part.

I did like that we got a bit of backstory on Asuka. We find out what happened to her mom (if it is real, but I am guessing it is). It was a big question for me. Where did her mom go? Did she die? Divorce? Leave? Other options? And while it is very short (just 3/4 pages), it makes me happy that the author thought to add it.

Asuka is once again totally oblivious to a lot that is happening. And sometimes she is also really sharp and witty. Noticing stuff before others do, or breaking through a lie. Her poor dad though. Having a daughter who apparently has no shame and at times just walks around in nothing more than a bathing towel or once even naked.
Still I really like Asuka, she is a great character and she touches a lot of hearts. Not only because of her oblivious underwear showing, but also because her honesty.
I loved how she got rid of the flasher. I don’t think she totally knew the effects of her words, but it was pretty effective, I even felt a little sorry for the guy (a very little bit, he is still a pervert).

We also have a recurring character, Asuka’s kouhai who is totally crazy about Asuka. And also a huge pervert. Still it was very fun to see her pop up in the manga. Seeing Asuka’s obliviousness to a lot of things that the Kouhai did.

The art is once again pretty decent. At times not always good, but there are luckily enough good times. And I can see that the art has gotten better.

There is quite a bit of fanservice and ecchi stuff. So be warned!

All in all, I would recommend this series to everyone who is looking for a funny manga and doesn’t mind (a lot of) fanservice/ecchiness.