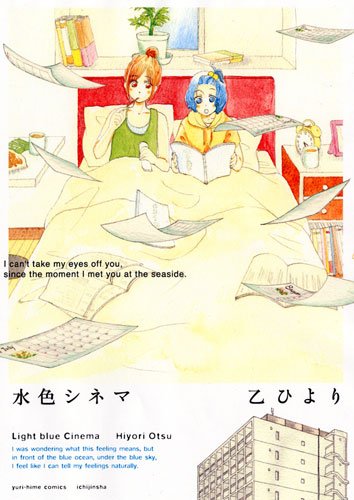 I am still not entirely sure what to make of this manga.

At times it was beautiful and lovely, but at other times it was boring. There were also a few other things, and I will address them in a bit. This won’t be a very long review though.

Yui was a nice girl, however I think it would have been better had she been honest about Tae-chan and why she made that girl her assistant. After all that girl was/is pretty oblivious to all around her. I liked that Yui was an actress, it gave a bit of something extra to the story. It made her stand out. It made her a bit more special.

Tae was a good girl, though a bit boring and bland. She always wore the same clothes, didn’t do anything with her hair and was more interested in studying at times. I wish she had something special that we as the readers can also see. Now it was only Yui who saw it.

Mizuki was annoying and I don’t really get why she was added. Sure, sure, she was probably added so Yui would have some motivation to run after Tae, but I didn’t really like how it was done. The manga was almost completed and then POOF there is Mizuki. Out of nowhere. In the end things got solved, but it still was bleh that it was added last minute like.

The art was pretty nice, though at times the eyes of the characters were a bit scary (for instance, Mizuki’s eyes in the picture were pretty dang scary).