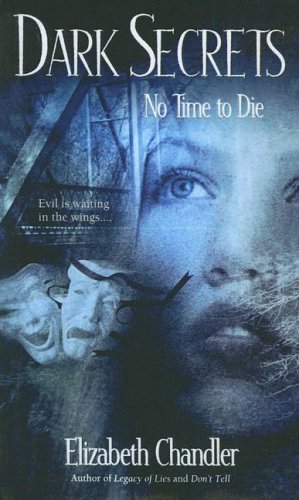 This was a re-read. I read the books (the bundled version) almost 2 years ago. I needed Maryland for my US challenge in my group, so I decided to pick this one up again.

Ah, this book was so much fun. There was a big variety of casts with motives and personalities that made it fun to deduce who the murderer was. I knew most of the story line and I knew partially what would happen, still the twist near the end took me by surprise. But then, my mind suddenly switched and I knew why that person had done it before they told the reasons.

Jenny was a good character, however, I did’t like her flirting with 2 boys. Come on, girl you can’t have both. Don’t flirt with them both, kiss them both. That is not a good thing and it is bound to come back to you in a bad way. Well, that is what generally happens in books. 🙂
But other than this little bad thing, I still liked her. She made Puck into something that was her. By adding her gymnastics into the play she made it something special. Even with her stage fright, she kept going on. Sure, it wouldn’t go well all the times, but she was determined to keep going, to make something of the play while also searching for the murderer of her sister.

One thing I didn’t like was the whole visions/memories part. It fitted a bit, and I liked it back when it was just once in a while, but I found it a bit too silly and unnatural to be added. I think I would have rated the book higher had those silly visions/memories/whatever been written out.

I also liked that we had a whole revenge/grudge thing going on between Walker and Jenny’s/Liza’s dad. That made the book quite a bit more interesting, since that gave the possibility that Walker might have something to do with it and it also explains several things. I feel sorry for Walker though. I think it was pretty rude of Jenny’s father to just walk out of a play like that.

All in all though, I really enjoyed this book and I am glad I re-read it. I would also recommend this to everyone seeking a good book to read.