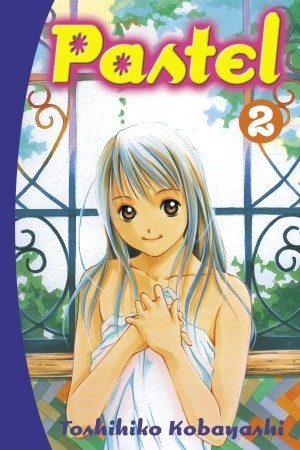 Again the warning that this manga is really for 16/18+. This due to a lot of fanservice.

Wow, I thought the previous manga had a lot of fanservice, but this one tops it all. We got several instances that our girls are naked or in various stages of undressing. Not to mention all the underwear shots (bras or panties) or the various cleavage shots. Again, I don’t mind a bit of fanservice, but this is just ridiculous and stupid. There is no need to have so much fanservice. If anything, it turns me away from the manga. And that is what this manga is doing now.

Add to that the many misunderstandings, the many times that Mugi is an idiot and also that the story just seems to go nowhere. Which is ok for some manga, but you want to see something happen in this book.
Instead of Yuu and Mugi getting closer though, we got 2 girls who annoy the heck out of me. Number one is the sister of Yuu, who totally has no decency and who is just annoying and doesn’t act like her age (14). Number two is the sudden childhood friend (yes, that trope *rolls eyes*) who pops up and flirts with Mugi. A lot.
I just don’t like these 2 girls. Tsukasa is clearly just being annoying and acting like a spoilt brat, while Manami just doesn’t seem to get the hint, and also seems to be stuck in the past when she and Mugi were still tiny. Grow up girl, you are 15/16 now, act like it. Don’t go asking guys to shower with you, just because you also did it when you were a kid. Don’t just cover up a guy in blankets, just because you used to play a game like that when you were little. You aren’t little any more. You are grown up. If you like someone, act like your age and tell him/her.

Yuu is also pretty annoying. I don’t like her attitude and how she reacts to stuff. Instead of waiting for Mugi or someone else to explain, she instantly jumps to conclusions and hits/kicks/hurts Mugi. I wish she would think a bit, and then act. Now it was just silly and annoying me.

The art was still nice, though I didn’t like how some girls had the same faces as the guys. It took me quite a few pages to get used to Manami’s face. It looked so much like Mugi’s.