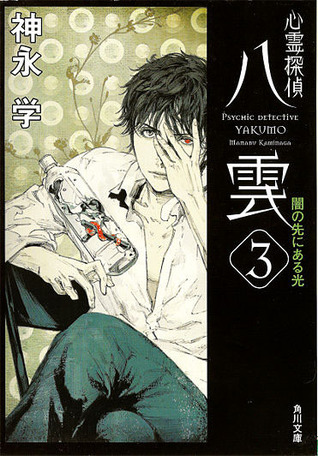 Decided to make a review for this book. A short one though.

I am sad to say that I will probably drop this series. For multiple reasons. One big reason is that I came for the supernatural/ghosts/scary stuff and book 2 and 3 were severely lacking that. Book 1 was awesome, it had everything I was hoping for.
Another reason is that there are just too many POVs. I don’t mind a POV for Haruka and Yakumo. But it is getting silly. We now have 2 detectives (one underling, one boss), a reporter, Haruka, and sometimes a few other characters. I just get confused and I feel like Haruka and Yakumo’s spotlight is slowly being erased by all these boring characters.

This book was also pretty boring, and also (just like the previous one) pretty disgusting. At first it is about “hauntings”, but soon you get to rape and suicide and other stuff that I just didn’t want to know about.


We still have a bit of bantering between Yakumo and Haruka, but I feel like it gets less and less with each book. They are still opening up to each other, but I just don’t see the spark any more.

All in all, I was quite bored and also disgusted, throughout this book. I will give the next one a try, but if I notice it goes Scooby-Doo again, I will drop this series.