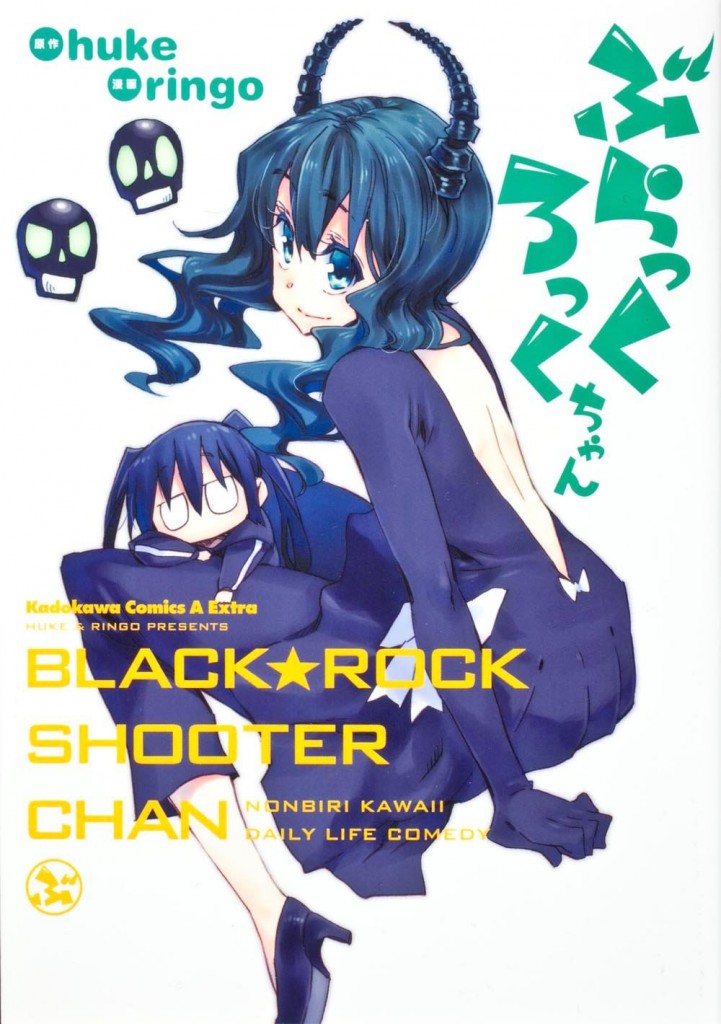 Oh My Gosh, this manga made me just squeal from all the cuteness! This is partially 4-koma, and partially normal manga, and 110% cuteness!

Instead of having all the characters be around the same age, in this manga Deadmaster takes care of Black Rock Shooter, who is now a tiny little girl. Various other characters also pop up and some are just like Deadmaster (adult form), while others are like Black Rock Shooter (chibified). The manga chronicles their daily life, which is chaotic at best. Of course chaos isn’t that bad, though Rock-chan has a tendency to try to blow up stuff, not always succeeding, but a few times she does, leading to big problems.

Rock-chan was super adorable, I loved seeing how she communicated with others who are as tiny as she is, it was fun to see her interact with her “mom” Deadmaster.

Deadmaster was a great “mom”, from watching the anime I never would have suspected she might be a good mom character. Though, this manga also shows she has a temper.

The story, well… story… more like day to day life was hilarious and soooo cute.

The illustrations are gorgeous and really capture the characters and their personalities. I loved how the mangaka drew the chibis. The backgrounds were also fun, though mostly the focus was on the chibis and the adults.

The only thing that I am sad about is the fact that this manga is only 1 volume. Nothing more. 🙁

All in all, I would really recommend this manga to everyone. It is a fun manga, but be warned, you will squeal from all the cuteness that is in this manga.