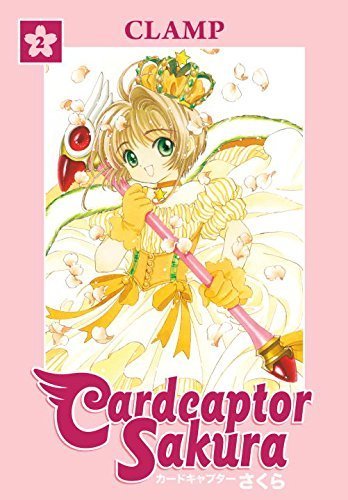 I decided to re-read these 2 omnibuses, I might even read the other 2 as well, not sure yet. Not only did I want to re-read them because I just love the series, but also because I wanted to properly review them!

With this volume ends the first Arc of the Card Captor Sakura manga. The next 2 omnibuses will all be about Sakura and the events that happened in the last volume (volume 6). I was really delighted to see the story go from mostly slice of life, comedy and magic, to something more exciting. Things were getting more and more dangerous and difficult in these 3 volumes. The remaining Clow cards aren’t that easy and require Sakura to really think and decide on something. And of course, that finale! It was perfect, I won’t spoil anything, but I just was so happy that they made it like this. Of course, in the end it wasn’t that hard for Sakura to do all that, though it took some struggling to get to the point.

Sakura was, once again, great and she is really growing up. She is less and less afraid of things (though still will be a bit scared, but she will try her best to get through it). She is gaining more and more courage and strength with each Clow card, and with each event.
Like I said in my previous review, she is a truly great friend and I love how she is around her family. I do wish they would have told her who that older man was during her vacation. On the one hand, I can imagine, it might be a shock, but on the other hand, doesn’t she deserve to know the truth? But at least she had a good time with the old man, and I loved how she made something that was precious to him come alive. It was a grand gesture and it also shows how much she loves people, even when they are strangers or people she just met.
I also love that her powers are growing, that she is getting dreams that will help her with the cards or with events happening. It will be fun to see her powers grow more and more, especially now with that finale.

Syaoran was adorable in this one. All of us know that he is totally liking Yukito, and in this volume we find out (though it wasn’t that hard to guess) why. But, we also see a shift in how he thinks about Sakura. From thinking she was annoying/couldn’t do much, he is apparently now thinking she is pretty nice. And while he already protected her before, he is now even more determined. Also we can see him blush when Sakura compliments him, or when someone talks about Sakura to him. It is really adorable, and I am so happy that he is starting to think different of Sakura.

Yukito, since I already seen/read the anime/manga a few times, it didn’t come to me as a surprise, but I believe, even before, I had my suspicions about him. I won’t say anything else, just that it was fun to finally see things happening with Yukito.

Kero-chan! It was fun to see him like this, I loved everyone’s reactions to him. How they didn’t recognize him and stuff like that. 🙂

And I will stick to what I said in regards to the relationship between a teacher and an elementary school student. I found it particularly creepy that he said she looked nice. It just felt wrong. Maybe if he complimented everyone, and maybe if they didn’t have a relationship, but now it just felt weird. A 30-ish guy telling a 10-year old that she looks nice. shivers

Just like with the previous omnibus, this one also features a lot of new colourful illustrations that will delight any fan.

All in all, I would really recommend this series. It is cute, fluffy, it has action and romance and so much more!