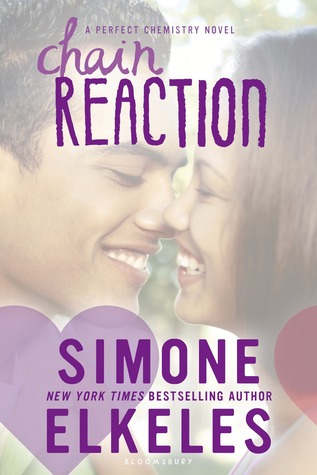 While the book was good, it was just another brother, another girl and another one about gang stuff.

Of course there were some twists, but it was mostly the same as the other 2 books. The first book was all exciting, the second book was “Oh this again?” and this book was “Oh, even more of the same.” So I have decided to instead of a 5 or a 4 star, to rate this a 3. And I am not sure if I will continue the book. Sure, the next one will probably feature someone from the next generation, but I am worried it will just be Boy x girl x gang (or violence).

Luis was a great character, but also highly stupid. Even more stupid than Carlos. I had expected him to be great, to stand out from his brothers, but in reality he was just the same. Same bad attitude, same flirting with girls and blehness in treating girls. Seriously, I was exciting. Here I was thinking this would be a change, but noooooo of course not. I didn’t like how Luis thought, how he never once got help or tried to find help or even tried to talk to someone. And yes, yes, he was threatened and blabla, but come on, it was just lame and felt unrealistic after 2 other books of the same shit.
I disliked how he acted around Nikki. Pushing her away, then pulling her back again, it was just disgusting. Not that Nikki was any better.

Also what is with the blurb? Luis falls for the wrong girl? Um what? I know Nikki isn’t the best, but she isn’t a wrong girl, not at all. Unless I missed something while I was reading, but he fell for Nikki, not for anyone else.

The twist? It was interesting, but after a whole book of meh things I didn’t particularly like it. I also didn’t like how Luis acted when he found out. Big dick move here. :\

All in all, I am just disappointed. I wish the books were a bit more diverse and less the same stuff over and over just with a different character and girl.