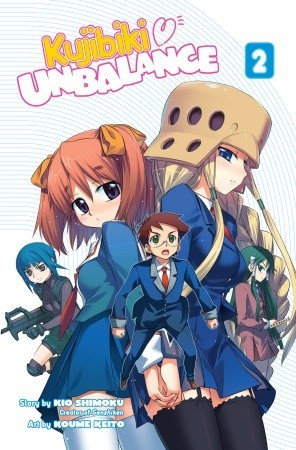 The last volume, and another over the top one. Dear Lord, we get everything thrown at us. Spies, Ninjas, Kidnapping and of course Ri-chan’s and Chihiro’s and Tokino’s shared past.

It was an interesting volume, and one that I liked better than the previous volume. While this one was a bit overkill with the amount of stuff we get thrown at us, it was still good. I especially liked that we found out more about Koyuki and her family, and also finally have a conclusion on the whole Ri-chan stuff. Of course, it wasn’t the ending I was looking for, but oh well, I will just keep dreaming about it.

Of course there is a lot of fanservice. Pantsu shots, but also boobs, bras and other stuff is shown. At times it was just too much.

The art was ok, again the eyes are at times just creepy. Other than that, the art went up from what we saw in the last volume, so yeah for that!

The last part was another Genshiken talks about Kujibiki Unbalance, which was really fun to read.

All in all, I would recommend this series. It is a fun series, and while at times it seems there is no backstory, there is actually a ton of it. We learn about every character, which is really fantastic.