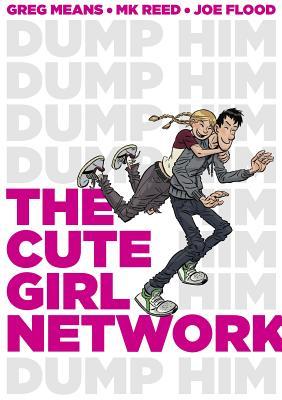 I am glad I found this one (and at a bargain price), it was a really great book, though there were a few things I didn’t like.

I loved Jane, she was kick-ass and I loved how she tried to get girls to be accepted more in the guy-centred skate world. At times she took it a bit far, at times she was a bit too aggressive, but mostly I liked her and what she tried to do. I hope that she will succeed.
I loved her with Jack, how she cared about him, how she was just as silly and weird as Jack. They make a great match, though I wonder how long they will be together.
I would have loved some more information/background story on Jane, now it felt all a bit empty. I might have missed something, but did she go to college or something else after high school? Why did she start to skateboard? Did she participate in competitions? Why is she living with a roommate? I am just curious to see more off this character named Jane, and while the book does answer some stuff, it leaves a lot to the imagination. Maybe the author thought it wouldn’t really fit the story to give more background on Jane. After all the story focusses mostly on her and Jack’s relationship, the Cute Girl Network and skateboarding.

Jack was ok, I guess. I found him a bit too boring, plain and at times icky and stupid. I could also see he had a sweet and caring side, but mostly I was just shaking my head at the guy. He didn’t do much with his life, seemingly happy with just selling soup and sleeping/lazing on the couch a lot. Not to mention his disgusting ways of doing stuff. Stuffing a cellphone in your underwear and then sniff it when you get it out? Ewwww.

The Cute Girl Network was nice, but I also think that while it helps out, it is also harmful and might do more damage than good. And I can imagine the girls are trying to protect each other, but I would also have liked to see that they can accept it (truly) when a girl says: “Thanks for the advice, but I still want to try.” Now it felt all pushy, like she had to hear all the horrific stories, had to hear all about the bad things, barely giving her a choice in the matter.

I also have to give an extra mention to the bookclub thing that was going on in the story. It was really fun, and I loved the discussions they held.

The story was fun and I liked seeing how Jane and Jack got closer and closer to each other.

The illustrations were pretty decent, I really liked the style, but at times the different eyes (and how they changed depending on the expression) on everyone annoyed me a bit. I loved the big 1 page illustration that each chapter brought with them. So many details!

All in all, I would recommend this book. It is a fun book, though I wouldn’t recommend it for under 16/17 years. There are some sexual references and even one scene with sex (though you don’t see a lot, just stripping of clothes and some nakedness).