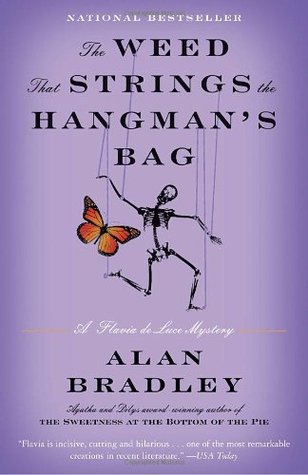 After 3 days and switching between reading the book and listening to a horrendous audiobook (if I didn’t know I already hated audiobooks, I would have started hating them now), I finally finished this book, and I am hereby dropping this series from this book on.

I am not going to push myself to finish the other books I have at home, I will just donate to someone else, a person who will appreciate long winding stories that get so utterly boring that one just wants to use the book as a pillow (mind, not a terribly comfy pillow, but at least the book will have some use then).

And that is one of the biggest problems. The story. I feel the story was too long winding, it just seemed to go on and on, finding new plots and stuff to string along. Instead of just focussing on that one guy, it focussed on everything that that one guy did and all of the village and how that was apparently connected. His connections to the village, and also what he had to do with the death of a little boy years ago and a whole lot of other stuff that I just felt was unnecessary. I just wanted to know what happened to that guy. And the culprit. I didn’t want an endless explanation about all the history in the damned village and how he was connected to it all in the end. I think the book would have been nicer had it been like 100 or 150 pages shorter. Now it was filled with useless information that just dragged on, terribly boring stuff about the village. Not to add the annoying creature that is called Flavia de Luce.

Which brings me to the second of the big problems. Flavia. Dear Lord, she is terrible. She is a manipulative little bitch and I disliked how she tried to turn everything to her favour. How she toyed and played around with people. Acting like a good kid, acting like she was so princessy and perfect. It was just sickening and I also got tired of her and how her sisters acted around each other. It was disgusting how her sisters treated her. And maybe this is also why Flavia turned out as she is now. Though I doubt it.
I did like her smarts and how she loved chemistry, but that was frankly the only things I liked.
She was a big snoop, and has to learn to value privacy from people and shut up at the right moments. She asked quite a few hurtful questions that I feel shouldn’t have been said. Thanks to her a woman almost died. Yes, I would blame Flavia for that.

Another thing that was strange was the fact that the police apparently believed and listened to Flavia. I found this highly unlikely. We are talking about an 11 year old girl, in a time that kids and especially girls weren’t high on the ladder of being worth listening to. Yet, the police listens to her and even values her opinion. It was highly odd and while it was nice to see a change, it was unrealistic.

I didn’t particularly like Nialla. At first she was ok, but slowly, with the story unfolding I just found myself being annoyed with how she acted and did.

Also was it necessary to say: I wanted to let out a whoop like I don’t know how many times? Yeah, you are exciting, now think of different words to express it then just whooping around.

Now, since I also listened to part of the audiobook, I have to talk about that in short as well. Let’s just say, I didn’t particularly like the speaker. She felt odd, and like she was trying a bit too hard. I also had wished she had used different voices for the various characters, not just add a little twinge of an accent or just lower or turn her voice higher with each character. Especially her Flavia was horrendous. It reminds me of the squeaky music that I sometimes hear on an online radio that I listen to. Adults trying to sound like kids. No, just no.
Also, she read it at such a pace that I was just falling asleep at times. Make the story a bit more exciting, but oh no, let’s just read it monotonously. :\ And it took her ages to just get through chapters. For instance she took about an hour to read 3 chapters. Which at times was just 30 to 40 pages. o.0

All in all, would I recommend this series? No. The first book was pretty decent, but also had the problem of stretching unnecessary and this one was just so utterly boring. Maybe those that like stories like this, but otherwise I can recommend other more fun detective stories.