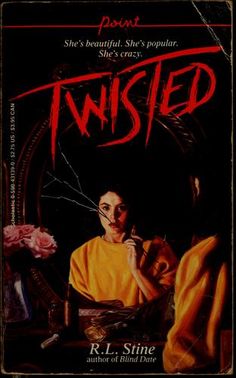 Wow, this was just crappy.

The story was boring, nothing really happened, the girls (and Gordon) were highly annoying and then we also have POVs switching in the middle of the story. Which was really annoying. One moment we would have Abby, then suddenly switch to Nina and even one time we switched to Leila. I hate it when this happens. I don’t mind if it is clearly said, or when it is done at the beginning of a chapter, but now? No.

I don’t like how we had two plots. Abby’s x Leila x Gordon and whatever happened between them, and then the whole sorority stuff that got out of hand. I just wish the author had kept to 1 plot and not try to add another one. I can imagine why he added it (giving more depth to Abby, and explaining what happened to her and who Gabriella is), but I think it would have been better had he made a separate book about it.

The sorority stuff? Horrendous, that they do this kind of crazy stuff to pledge/allow members to join. Bleh. Disgusting.

The story was pretty boring up until the end. Then everything started to go wrong and it was quite interesting to read what happened there.

The end? Meh, typical R.L. Stine ending. Would I recommend this one? Not really.