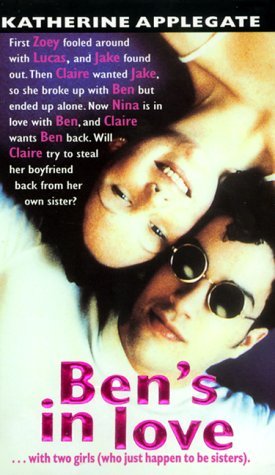 I am actually reading this book in the form of the 2 in 1 combination that recently came out (The Islanders Vol.2: Nina Won’t Tell and Ben’s in Love). But due to what the topic is in Nina Won’t Tell I am not reading that one. I am just not comfortable with reading a book about that topic.

Wow, everything that can go wrong, will go wrong on this little island no? In the first 2 books we had cheating, deadly accidents, jail-time and drinking and confessions, secrets. In the third book (that I skipped) we have sexual abuse, confessions, from what I could read slut-shaming. In the fourth book we have cheating, white power and beating up black guys, secrets, drinking and drugs. Seriously, it is like the island attracts all the bad stuff. And also it is (while the topics are serious) a bit hilarious that everything that can happen happens. It feels a bit too much like those lame soap operas you have on tv.

The story in this one was pretty decent, I quite liked it. I liked how Benjamin and Nina got together and how they slowly got closer and closer. Especially Benjamin, as he was still hesitant about the whole thing, but you can see him change. It was really great fun, and while I still don’t particularly like Benjamin, he is a good character and he is pretty awesome.

Nina, I am still not sure what to think of the girl, I know now what happened to her and it might explain her craziness and bitchiness, but I am still not entirely liking her. She is just a bit too much over the top for me.

Zoey, I like that girl, I still do. She cares about people, and while Lucas gets pissed off, I was happy that she is still caring for Jake. That she still helps him out when he needs someone to care for him.
I also like that she is standing firm on the “No, I don’t want sex now”-thing. I hope she will keep holding on to that. I really dislike it when girls fall and lose their resolution about such things.

Claire, meh, she does get better, but I still think she is a bit too cool and a bit too much of an ice queen. Also, like said in the previous review, I got tired of her weather stuff.

Christopher, by Gods, what a crap character that is. The things he did in this book were terrible. But, I also feel sorry for him and what happened to him. No one deserves that.

Aisha, another character I am pretty unsure about. At times she is nice, but at other times she is just too much and she is quite confusing with how she feels about stuff. One time she likes Christopher, the other time she wants to rip off his balls.

Jake, urgh, what a fall he made. I can see this all go very very wrong. I am also kind of curious what will happen when the truth will come out of what happened between him and a certain girl. I do hope he will get or find help. Drugs and drinking is not a good combination.

Lucas, one of my favourite characters from the last book, but now I didn’t like him that much. He just kept pushing to have sex with Zoey, not even agreeing or wanting to understand her. It was just terrible and it really destroyed his character for me. I also didn’t like that he was keeping secrets from everyone. I can understand why, the repercussions would be big, but still I wish he wouldn’t. This is going to end up badly.

I will be sure to continue the books, just got to wait a few months for the next pair of 2 in 1 bundles to come out. I didn’t even mind the switching of POVs in this one, I just easily slipped in the story/island world and I knew who everyone was.