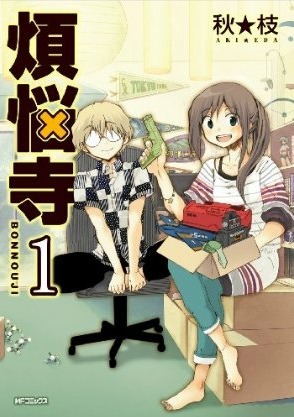 Awww, this was an adorable and funny manga.

There was only one thing that I found weird, and that was how the time went by. It feels like only weeks or months have gone by, but during the last chapters of this volume, she is talking about it being 2 years since the break-up with her boyfriend…. Which kind of ruined the manga for me, as for me it didn’t feel that way. And it made me re-evaluate what I read, something I don’t really like.

But, the characters are really fun. I loved how we saw from both perspectives how they thought about things. Oyamada was really funny and it was soooo cute to see him blush every time Ozawa popped in his apartment, and how he was stumbling around trying to make sense of his feelings. Which Ozawa didn’t even know about her feelings (at least from what I could see) until a bit later. But these 2 are truly a match made in heaven. They are soooo adorable together.

I loved that Oyamada worked from home and apparently took care of the stuff his brother dumped at his place (and seriously, what is up with all the stuff. Sex dolls but also supernatural stuff? Or flags and wine?). I do wonder what htey are planning to do with all the stuff. I guess sell it, or do something with it later. At least I would hope, because I can see this go out of hand very fast.

Ozawa was a nice character, though I didn’t like how she was drunk quite often. It felt just a bit off, I don’t mind drinking, but yeah… this was just stupid.
I also wish she could be a bit more assertive and say no to people. She often works long hours until almost midnight, and I wish she would just break free. This job isn’t healthy for her, or anyone else.

We also have the brother of Oyamada and his friend Shimapon. I really liked them both, they were funny characters and I can’t wait to see more of them.

The art was pretty decent, not always pretty, especially in regards to characters, but it was still good enough to be able to see stuff happening.

Considering what happened near the end, I will be sure to continue reading this manga. And I would also recommend this manga to all who are looking for a funny, fluffy manga.