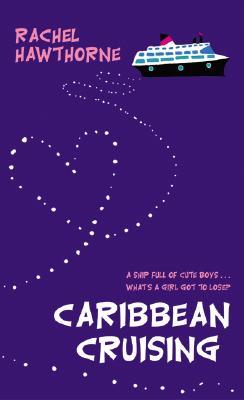 From a snowy, cold island with hot guys, to warm cruises and equally warm islands with even more hot boys. I don’t mind this one bit. 😀

At first I didn’t particularly like the main character, she seemed vapid and acted like an idiot. I didn’t really like her lists, and what she put on them. Losing your virginity? Just like that? On a cruise? With just someone? No, just no.
But, our main character grew and with each day she saw something new, she slowly got closer to love, and in the end she revised the list. I won’t say what changed, but lets just say that I am delighted when she decided it was time for a change.
It was kind of cute to see her go to guys, and how she had no clue how to handle them, she had no clue how to flirt with them and at times she just stood there and tried to get away or say no, but had no clue how.
Even though she kissed quite a few boys, and was unconsciously flirting with them, from the start it is easy to see who she is going to end up with. This is something I have seen happening in all the books by this author, that I read so far at least. It is not a bad thing, and while normally I am not too big on it, but this author knows how the weave a story and make even the expected, unexpected and fun.
Our main character is also apparently quite rich. I know, she saved up money and all that, but how much did she save to spend so much on the island. We are talking about bags and bags of stuff… And I know they said it was all pretty cheaper from normal prices, but these are still brand-names. Are those sold for 10 to 50 dollars/euros somewhere? Are those truly brand-names then?
Ah, another thing, I didn’t particularly like how she “lied” to Brooke. I know, she didn’t really lie, but I would call omitting stuff and making it seem different from what it is, still lying. I was worried this would be a theme through the book, but luckily it wasn’t.

Ryan was a cute and hot boy, though I didn’t always like him. He was a bit too nosy and a bit too much around. It was just a bit creepy and too much stalkerish. And yes, I know that he was going to be the main interest, but I had hoped for some more stuff without him. Now it was just strange, that he was always around.
He was also a hypocrite at times.

Brooke, at times I really disliked her, but there were times that I liked her a lot. We later find out why she is being like she is now. And then I feel sorry for her, sorry that she had to go through that and that this was the way she was coping. She really helped out the main character at times, with the list, but also with other things.

The book has chapters, but we also can see what day it is on the cruise. Which made the story come more alive to me. Now it felt like a diary, even though it wasn’t written like that.

I love the details, and I could just imagine me on the beach with a couple of hot boys around me. Or shopping with my new best friend. Discovering Mayan temples. Sipping a drink at the pool. Cruises sound like great fun, and I hope that one day I can also go on one. I will be sure to bring this book along for the ride.

All in all, this book is great and I would really recommend it to everyone seeking a fluffy romance filled with cute guys.