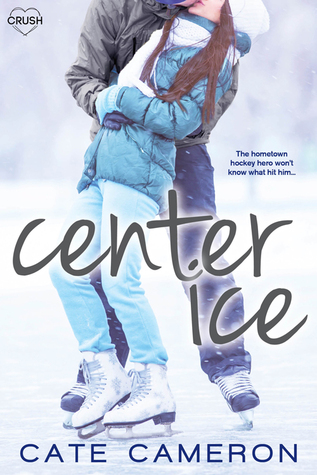 I received this book from the publisher in exchange for an honest review.

I am sorry, I didn’t like this book for quite a bit of the time. The first part was decent (with the exception of Karen and her bitching around) and the last part was really sweet. The not really liking the book was for various reasons, the characters were pretty crap at times, the story was boring for quite a bit and I didn’t like that Tyler and Karen went from being awkward around each other and not knowing for sure where they stood in a relationship to sex. It just felt weird and off, especially considering how Tyler was trying to change, and how Karen looked at people just sleeping around. It destroyed quite a bit of the liking I had for TylerxKaren’s relationship. Now it felt forced and weird. After that it was mostly that they were kissing or making remarks about stuff. Of course, there was still a lot of sweetness between them, but with the sex out of the way, the relationship just didn’t feel right for me.

Let’s start with Karen. Karen, I just didn’t like her. She was a whining sad bitch who due to an unfortunate event had to move to live with her dad and his wife. For most of the book she is bitching about the family. Calling them perfect, saying they have hive minds, that she doesn’t belong, that she is the ugly duckling in the whole perfect family. And sorry, it just seriously pissed me off. That she would think that about them, that she didn’t even give them a chance. The whole Miranda vs Karen stuff? Sorry, but Miranda might be a bitch, but Karen, you also provoked and you got what you deserved on several occasions. Don’t expect sympathy from me, you won’t get it. That whole elbow stuff? Sure, Miranda was bitchy and horrendous, but you started it by not helping her because it wasn’t the time yet. Because you don’t like her. Because you just wanted to see how far you could go.
Most of the book is about Karen being an absolutely horrendous character. I only liked her during the times that she was out with Tyler. Well, up to the moment that they decided to just skip all the cute awkwardness and learning to know each other and dived straight in each other’s pants. rolls eyes
But slowly you could see that somewhere underneath all that hate for her dad’s family that she was slowly starting to care for them. Even for the horrendous Miranda.

Tyler was a pretty decent character, but he also had enough flaws. He was sweet and all, but when I found out about him having sex with a lot of people, and that it was just one night stands, my opinion just changed. I knew he had a secret, and that people called him a slut. But sorry, I didn’t expect him to sleep with so many people. This might be strange, but I have read enough YA books to know that according to people, that if you sleep with 2 different people or are easy with people that you are immediately a slut. It is disgusting that people think this, but it is sadly something that happens a lot in YA books. And thus I thought he just had 2 bad relationships and did something wrong with them.
I also wish Tyler would speak up and go against his dad for once. Throughout the book it is a whole war between his dad and Tyler. Dad thinks one thing, coach thinks another, Tyler just has to do this and that. His dad even suggested steroids. What the hell? Of course, things do change near the end, and I was happy to see it happening, though I wish he had done it sooner.
I am normally not a big sports fan, but I really liked the hockey part of the book. It was interesting to see how it was done, not only on the field, but also off the field. The whole debts, the living with a family far away from your own, debts and more. It was nice that the writer added this.

The dads in this book were horrendous. We have Will (Karen’s dad), who apparently can’t keep his thing in his pants and just sleeps around. I dislike him, he has got a wonderful wife and kids (well with the exception of Miranda), and he still feels the need to sleep around with other people? Wth? And sure, he has his good sides and something happens near the end, but it didn’t make me like him 100%. I am not sure if he did it because he truly loved his wife, or because he just wanted to keep the money and the house and the easy life.
Then we have Tyler’s dad. I didn’t like him at all, how he was pushing Tyler, how he never once cared to listen to his son. How he tried to ruin his son by getting him to sign something that will have big consequences and a lot more. Some people are horrendous. shakes head

The last part of the book really picked up, but I can’t give this book more than 2.5 stars. Various times I just wanted to give up on the book, give feedback and start a good book, but I continued, hoping that the story would pick up. And it did pick up, but by then it was quite too late.

I also have to add that I liked the squirrel part, it was really funny, and I was sad that it was mostly only used in the first part of the book. 🙁

All in all, I don’t know if I would recommend this book. It has some good parts, but it was also boring, and I can imagine people getting annoyed with Karen and her attitude.