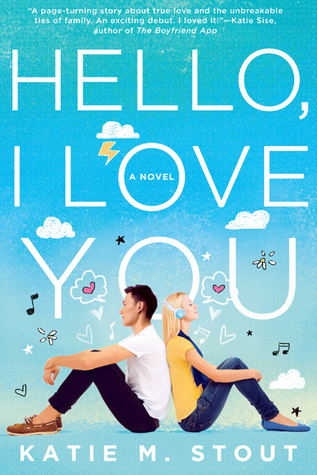 This was a good book, but not all was what I expected.  I received this book from Netgalley/Publisher in exchange of an honest review.

I can put this in words, but I will post my first part of my review in gifs for a change. This is what I expected:

Instead I got this:

I know, the blurb said there would be enough trouble brewing at the horizon, but seriously? This much? There was barely any romance, barely any Kpop, not at least the Kpop I know. Jason doesn’t even do K-pop. He and his band do more rock-ish songs, don’t do any dancing, and sure they are popular and famous, but it was a real disappointment.  I was looking forward to a book filled with dancing, some drama and mountains of romance. And I was so delighted that there would be finally a book about Kpop and the whole culture surrounding it. Instead I got sure got music, but it ain’t Kpop!!! :\

I loved the premise, our main character, an American girl named Grace, moves to Korea to stay at an International school to finish her high school, and as the book progresses we find out what she is running from (though, seriously, it was quite easy to see and quite easy to figure out what the hell was going on that she was making such a drama about). She quickly befriends Sophie and through her she meets Sophie’s brother and his friends/band members. I really loved the first few weeks at that school. I loved the descriptions on all the stuff that was going on, the classes, the Korean lessons, the trips to the town, the talk about the island. It was really descriptive and I could just see me there, I think I would also have loved to be there at that place. It sounds so great and so much fun. With kind people (well mostly, there were some girls that were bleh), good food and beautiful scenery.

However, Grace was just mostly a bleh character. I didn’t like how she acted around Jason, and then in the meanwhile was flirting with another guy (though she apparently is quite oblivious about that fact rolls eyes). I wanted to know what happened to her brother (as, like I said, I knew quite fast what possibly had happened), wanted to know how her family broke apart, why she picked Korea of all the places to run to.  She has been there for at least 10 months, but at the end of the book she can barely read or write or talk in Korean. Seriously? She is so interested in the country, but yet she doesn’t care to learn the language? I can imagine if you were only there for like a week or  2 weeks that you might not want to learn a language, or that you might only be interested in learning basic stuff, but come on, 10/12 months? And yet you barely can do anything? Wth is up with this girl? I wish her good luck with her life, she will need it.

Though again, almost everyone was speaking almost-perfect English, which was just awkward and just didn’t feel very real to me. I can imagine some people, but it was just weird. Maybe that is why Grace never really cared to learn Korean? Since everyone around her already spoke almost-perfect English? Why waste your time, right? Urgh. rolls eyes

But Grace also had some great moments, her friendship with Sophie, how she was polite and tried to do her best to eat all the foods even though she got sick from it at times. And nearing the end I was proud of her and what she did there. I won’t spoil anything, but believe me, I was clapping and cheering for that girl. Finally!  Finally, she did that. It took long enough. Though I can also imagine why it took her this long to do something.

Jason, ah Jason, the guy we are supposed to swoon about, sadly, I couldn’t swoon over him. Yes, during the last parts of the books, and during some rare moments. But mostly he was a dick, a prick and his ego was just too big and too not fun. The drama levels with him were just as high as they were with Grace. I just couldn’t like him. I just wanted to smack him and shake some sense in him. Often he just had no clue, and I was wondering how the hell he couldn’t see it, how he couldn’t see he was hurting people around him.

Of course, I did like the fact that he tried to change, tried to do stuff that he liked.

The story was pretty good, but as I said, it lacked romance and was filled with just too much drama. And again, I was hoping for more Kpop stuff, boybands, maybe some nice music.

Since I don’t want to spoil, I will keep it brief, by the end I didn’t care about Jason and Grace any more. I could fill about 3 paragraphs with the whys and hows, but I won’t as it might ruin/spoil the book.

All in all, my expectations were one way, and the book was quite different. Would I recommend it? Sure, if you don’t mind drama and romance that just doesn’t happen. Also don’t expect much Kpop, though there is enough mobbing and hordes of squealing fangirls.