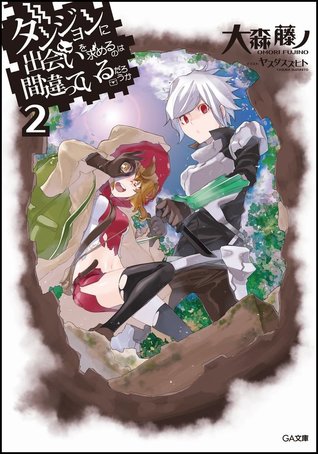 I am not sure if I will continue with this book, or even the series.

If Lilly comes by more often, then I will certainly drop it. What a piece of crap character she is. Sorry, I have zero kindness for her, I don’t care what kind of sad sob story she had in the end. Stealing and cheating and doing all this? No. Just no. Whatever your freaking reason is, it is never right or correct. You hurt and betray so many people. It is disgusting.

Not only bad characters, but the translation also hurt my eyes and head. The sentences felt weird and off, like someone just copy/pasted a literal translation of the book’s Japanese version to English and didn’t care to check if the words and sentences flowed correctly. I am getting more and more turned off from Light Novels because of this. Book Girl also had that problem, everything was just so literal and formal and it just felt weird and off to read it. In the end I couldn’t even finish the series because of that and the crap main character.
It is a shame, I wish people could translate it more correctly and make it feel more alive and less formal.

Also like I said in the last review for the first volume, sound effects are nice and all, but without images it just feels like I am missing something important. I don’t mind sound effects in manga, because it fits in there, but here? In a book that relies mostly on words? No.

Another thing that seemingly is true, all the girls are pretty, beautiful and/or have big boobs. I haven’t read about any girl that isn’t beautiful. There is no girl that doesn’t make Bell go blush. It is a bit silly and it also distracts a bit. I want some more balance.

The POV also keeps switching which is really distracting. I wish they would just pick one and keep to that. Not do Bell did this and Bell did that and then I did this and I did that.

The illustrations in the book were pretty great and I really liked seeing them, they gave a bit more dimension to the story.

Like with the previous book, there were enough explanations again, which was fun as it gave more insight in the world that Bell lives in.

Bell is unbelievably dense, seriously, how did he not notice what was happening? Also his magic flying stats just get hilarious and silly, instead of it being awesome. Especially since there barely is an explanation with the exception of that he has some kind of “skill”.  Why he has that, or why he is the only one seemingly blessed with it? No clue, I haven’t seen it explained yet, and that annoys me.

The story decent, and there were times I was enjoying myself.

But will I continue with this series? I am not sure yet. I might, I am still hoping the translation will get better with each book.

2 thoughts on “Review for Is It Wrong to Try to Pick Up Girls in a Dungeon? Vol. 2 (Light Novel)”