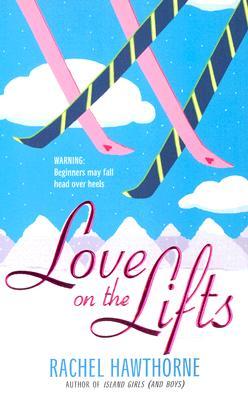 And now we are back to snowy lands. For some reason I seem to have picked the books in order of hot (Island Girls), cold (Snowed In), warm (Boyfriend Project), hot (Caribbean Cruising) and back to this book, cold again. I only noticed when I finished the books. 😀 Funny coincidence.

Back to the book. This one was quite good, but I just didn’t like the main character or her brother that much. The main character was ditzy, an idiot and totally oblivious to those around her. Seriously, how can she not see who Joe is hinting to, how could she not see the romance blooming between her brother and a certain person? And there are various instances. I know love makes blind, but this is a bit too much. She is blind in all places. I just wanted to shake her and shout at her. Saying things like: “Open your eyes, girl! Seriously, look at all the hints he is giving you!!!!!”
Even when events happened, she decided to ignore them and even hurt the guy on purpose. :\
I also got a bit tired of her constant bickering with her brother. I know brothers and sisters can fight, but this was just ridiculous. Can’t they see they are embarrassing themselves in front of their friends?
During the part where something happened to Joe, dear Lord, that girl was annoying, if she had to help me out, I would have kicked her out of the house, even with all that is going on. I didn’t like how she was thinking during that time. I can imagine she is feeling guilty, but this was just ridiculous.
I also found her infatuation with Brad to be highly silly and stupid. Even when all that stuff goes on, she still swoons a little when she sees him. rolls eyes
Sure, the girl had some good qualities, but you really had to get through all the poo to get there. It is also a reason why I rated the book 4 stars. This is the first time that I really don’t like a main character out of Rachel Hawthorne’s books (the ones I have read so far).
Also, her reasons (or should I say lack thereof) for liking Brad? It was kind of sad.

The brother, dear Lord, he was a jerk. I didn’t like him at all through the book. He made his sisters life a hell.

Brad, dear Lord, from the get-go it was clear that he was just a player, didn’t care about romance, just cared about getting in girl’s pants.

Joe, like with all the other books, it was clear what his role was going to be. Which kind of destroyed a part of the liking I had for him. Sure, he was hot, and sure he was nice, but because he was the designated One True Love, it made him a bit less fun for me.

I liked Kate’s friends. They were really nice and tried to help Kate with stuff.

The story is also all fluff and romance, and I really had fun reading about them going on the slopes, or Kate retreating to her aunt’s really awesome, cute, fabulous book store/hot chocolate wonderland. The author is really good at detailing and describing stuff, so you can just imagine yourself in front of a roaring fire with marshmallows, hot chocolate and snow all around you.

Ah, something that stood out (and so far I believe all the books have it), all the characters come from Texas. I started noticing it after 2 books, and by this book I was just thinking: “Let me guess, they are from Texas?” And pin pin bingo I was right!

Even with all the stupidity, the bickering and some other stuff going on, this book was a delight to read. And I would really recommend this one.