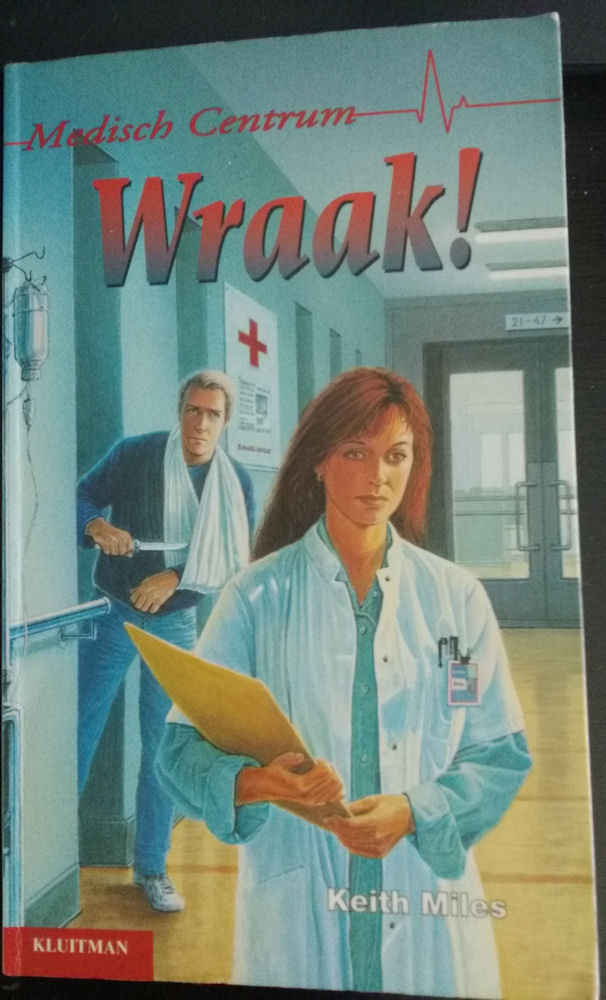 Re-read of the book. It is the Dutch version, but I will write a review in English.

Wow, this was a nostalgia trip, I know I read this book several times over the years, but every time it is a nostalgia trip. I really love this series, and I am sad that the Dutch version stopped after 4/5 books. 🙁 I wish they had continued with it, but I guess it wasn’t profitable.

The book switches between 5 characters. Mark, Bella, Gordy, Suzie and Karlene. Out of those 5, I truly hated Bella and Gordy. Mark was great and I love his drive (though I wish he would loosen up a bit). Karlene was decent, though I wish she had been honest sooner, I am sure the whole situation with Tony wouldn’t have gone out of hand like it did now. Suzie was my favourite character, she was awesome and even though she had some tough decisions to make, she did her best. I felt terribly sorry for her with what happens in this story.

Bella, one of the worst characters ever. A hypocrite, boy hunter, egotistical and I don’t see how she can be in a hospital. Unlike the other characters I just didn’t feel like she belonged in that particular job.
Her attitude throughout the book is horrendous. Yes, I would blame her for what happens to the neighbour. I know, it also was other things, but I believe that her attitude just pushed him over that edge he was standing on. Her hurtful words, the fact she just didn’t care about him, cursed at him and turned up the music even further says all there is to say. I hated how she just didn’t care about people around her, her neighbours or her friends. She wanted to party, so fuck everyone in the whole fucking world. rolls eyes
I also didn’t like how she kept hunting after Damian, seriously, doesn’t she get the hint that he is just not interested? That he just doesn’t care about her? And then that last part. Dear Lord, that girl is so superficial. I just wanted to erase her from the story. All she does is think about herself (the few times that she did care about others were more because her poor little image was being damaged).
I hated how she acted towards Ian. She is such an hypocrite about stuff. Sure, Ian deserved a burning, but from Bella? No, just no. That is like putting two idiots together and let them work on a difficult problem.

Gordy was my second most disliked character. Horrid, only thinks about girls, and has no responsibility towards things. Who the hell drinks himself drunk and then gets behind the wheel? Do you want to kill people? Sure, the people in his car are also responsible, but come on, he should just have said no. And then throughout the whole book he is crying because the girl he is interested in him hates him, and his car repairs are soooooooo expensive. Urgh. Also his jokes and his obsession with Suzie are just bleh.

I did like that the book showed us the other side. It doesn’t just show us the hospital and our main characters, but also shows us the other side, the one of the patients and doctors who try to help out everyone. It was really interesting.

The whole child gets in accident because of a rotten car-thief? That one just broke my heart. That poor kid. 🙁 I won’t spoil anything, but it was so terribly sad. Be warned, you may cry.

All in all, the book was pretty decent, though I can see more faults than I could when I first read this book. Still it is a nostalgia trip and I will be sure to one day read the other books I have as well.
I would still recommend this book to everyone. Do you like hospital drama? Do you like multiple characters? Then I say try this series/book out.