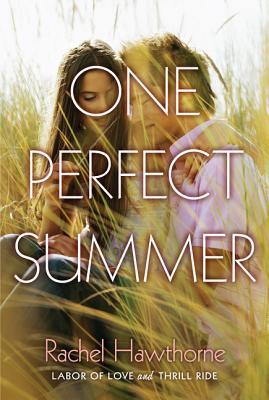 A pretty decent two in one book. It had good moments and bad moments. I will post a review for each book. 🙂

Labor of Love (again, I will try to keep my thoughts organized, but I can’t promise anything):

I am happy that I read this book, it was fun, it had good moments and also pretty decent characters. Though there was enough that I didn’t particularly like.

For instance Brady and Dawn. They are obviously in love, obviously want to be together (yes, even Dawn, even though she keeps denying it) and want to do more than just be friends. However over the span of the book these two are picking between friends and being not friends. Finally, around page 160 they decide to finally go on a date. Which causes a nice discussion about that this wasn’t the plan and blabaha. Of course they still go on and on that it is just for summer. Come on, guys, do you seriously believe that? Just kiss, just get together and see where it leads. You don’t need to make plans, can’t you just enjoy each other and then see at the end where it will lead? It was just so frustrating, and it took them to page 160 to at least go out and be together. I was just shaking my head. We only have 90 or so pages left and that is all we will get for the romance? Urgh. Also they both are living in Texas (though Brady more for college), so I truly don’t see the problem. Dawn’s obsession with her ex needs to end.

But when they (Brady and Dawn) finally got together, it was really sweet and romantic. I loved them together, they are really cute couple.

Which reminds me, why did that ex sent that picture of her having a good time to her mom? That was just awkward. And that the mom immediately overreacts….

The psychic stuff was just strange and a bit too much. Amber’s reactions to it (read the book and you will find out) were overkill and silly. Seriously, so someone said that and you immediately do that after you see a certain thing? That is just ridiculous and stupid. This is how accidents will happen, because you do things like this. I was really annoyed with most of the psychic stuff taking over everything. I knew there would be fortune-telling, but I didn’t know it would be such a big focus of the book. Don’t get me wrong, I like the supernatural, but the way the girls acted because of a fortune was just ridiculous, they let it control everything they did, everything they saw.

Dawn was a good character, but I wish she would stop worrying about everything and everyone. I can understand she was hurt, but she is so bleh about everything. Not even giving things a chance.

Jenna was a nice girl, but I think she was a bit too fast in wrapping her life around Tank’s. It felt a bit weird/off and also fake. I don’t mind instalove when it is done right, and it didn’t feel right in this one.

Amber was just a nitwit and enormously dumb. Seriously, she thought it was a good idea to bring that person with her? Um, your best friend left to have some peace and quiet away from that and to get over that person, and you bring him with you??????? And you think she would be happy? Are you stupid, or are you just clueless about life? And then later when things are getting resolved, she still didn’t seem to get the fucking hint. Some girls really need to be smacked.

Brady, I just loved him, well up to page 214. He was sweet, considerate and was so nice to Dawn. Though you could also see he was frustrated with her, that she saw him as a new Drew, another guy to hurt her. But with his attitude at and after page 214? Not believing anything that Dawn said? Sorry, but wth?

Also holy overreaction batman at page 214. Wtf, seriously, the book loses a few points with that part. So because she did that, you do that? Whooooooaaaa, nice overreaction. And sure, we get an explanation, but that doesn’t lessen what I thought about this whole stuff. Over-dramatic, silly and unnecessary. He is just as bad as she is. And he kept going on and on about. It really ruined a part of the book. Finally together and then mister Brady throws a hissy fit.

I did like that the girls were there to help out with the hurricane after-effects and tried rebuilding buildings for people. It was really nice of them to pick that over a nice, relaxing vacation at the beach or somewhere else. Of course they still had fun, but they also helped out and gave someone back a home. And it was great reading about it, it never got boring to read about them doing their best getting the home back as it was. Starting with breaking everything apart, to fixing it, to painting it, to meeting the owners.

New Orleans seems like a fun place to go to, I really enjoyed all the descriptions about stores, restaurants, food, music and festivals. It made the place come alive for me. It also made me hungry (though I had to google several of the food they were eating, since I didn’t know them). I absolutely loved the Ghost Tour, I would love to go on one, it sounds so awesome. Though it was a bit silly how Dawn reacted and how she apparently hadn’t listened to anything Sara had said.

The ending part (page 241 to 256) was pretty great and we finally get some action and some romance again. The last page was really cute and it made me so happy.

Would I recommend this book? I am not sure. There were good parts, but also parts that just frustrated me. I would say try it out.

Thrill Ride (in advance, sorry for the random rant, I did try to get things to go together, but this book just called forth a lot of emotions in me):

I saw so many people drooling over Parker, and sorry I can’t see the spark, or see anything good in him. He knows that Megan has a boyfriend, yet he keeps stalking her, giving her compliments, even kisses her (and yes, she kisses back, which was a horrendous thing to do). I hate Parker so much, I hate it when guys just don’t get the fucking hint. Just don’t seem to fucking care about the whole: “Oh, she has a boyfriend-situation.” He just kept pursuing her, driving her crazy, and in the end? I also hated Megan for what she thought and did. She actually liked the attention. I dislike cheating, and I hate it especially when it is done this way. I am putting 2 stars off the book for Parker and also Megan’s behaviour. It is a shame. I thought she cared for Nick a bit more. It was just super frustrating to go through this drivel of Oh Parker, Oh Megan. Let’s just be friends, but you can clearly see Parker doesn’t give a poo pile about that and still stalks Megan to death. sighs Seriously, what is up with guys just not taking a hint. I had to really drag myself through this book.

And I was really looking forward to this book. Summers? Thrill Rides? Theme Parks? Some romance? A girl trying to not miss her boyfriend much? Yes, yes please. Instead we get cheating and a moronic guy just not getting life and all that happens in it.
The whole theme park and how it was described was really fun, Megan’s work however, not so. She kept sighing and complaining. Barely started, but already wanted to give up. Nice attitude girl.
I do like the idea of teenagers working at a team park and sleeping in dorm, it sounds really cool.

But all in all, I was just frustrated with this book. With Megan and how she thought and acted, even though she had a boyfriend. With how she and Nick thought about the whole her leaving for the summer thing. She was really acting conflicted about stuff. At times she could understand it, at other times she was wondering why he didn’t commit and just came with her.

With Parker for being a total dick and not getting the whole she-has-a-boyfriend thing. With Nick being a dick and not getting life and that Megan didn’t leave to bully/be mean to him. Every time he kept whining and complaining, and then demanded that Megan would understand that he couldn’t just leave. While he expected her to just drop her work whenever he asked. That is not how it works.
The whole Nick thing was just pathetic and sad. You could just see them drift away and it was just too much. 🙁 And you know what? It was clear to me that from page one this would all end up badly. With how Nick reacted, with how Megan just didn’t fucking care about anything but Parker. Bleh.

I did like to see Nick pop up, though again, drama, drama and drama. And Megan was so ungrateful. Complaining about it and talking about her countdown, and why Nick just couldn’t wait and blabla. Wow girl, you are truly a great girlfriend coughs NOT. Oh and she is blaming him. He is being difficult and he is being boohoooo. And sure, he was (especially since he kept talking about a girl named Tess all the freaking time, good job guy, talking about another girl over and over again when you are with your girlfriend after you haven’t seen each other for some time), but Megan, you are also being a bitch.
I also didn’t like what Nick said when he was at that park. I was just disgusted with it. And of course more drama after that. sighs

Also throughout the book we get like: x Nick-less days. At the beginning this was done constantly, but after a while it was forgotten, and then we started skipping days like mad. Going from 39 days to just 18 in the span of a chapter. :\

All in all, this book was pretty terrible, and with sadness in my heart I have to give it 2 stars. It started off pretty nice, but quickly became drama, drama, cheating and more. 😐 The ending did pick up a bit and it became as good as the first part was.