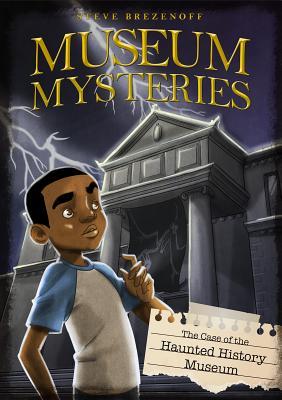 I was looking forward to this book,

but I really have to deduct 1 star for the spelling/grammar mistakes that I found. A main character’s name was written wrong (Clemetine instead of Clementine), Knick of Time instead of Nick of time, a few words here and there that didn’t need the – between them, weird word use. There might have been more. It is just a shame that apparently they missed a few things while bringing this book out. I am not saying I am an expert or know everything, I might make mistakes too, but I am not a professional, I am just a reader who reads books and hopes they are edited correctly.

Also how the kids handled the mystery was a bit strange and who they thought were suspects was a bit odd. For instance they thought a group of girls they knew were the suspects and it took them quite long to figure out that the girls didn’t have anything to do with the whole mystery. Seriously? What is up with those kids? You think 3 puny, little girls can just move a velociraptor in the middle of the night? Or cut through cables so stuff comes crashing down? A model that was hanging on the ceiling? Logical thinking is difficult it seems. And sure, those girls tried to steal ice cream, but that is really a whole different beast than breaking and entering.
Luckily, they moved on to the real suspects and then it started to get a bit better and more interesting. The actual suspect was an easy one to figure out. Still it was nice to see the kids finally reach that solution as well.

It seems we have a lot of diversity represented in this book. We got a white girl, a black guy, a Muslim girl (at least I am guessing that is it, since she wears the Hijab) and then we have some guy who looks Native American.

The illustrations were pretty good and they really gave the story the needed boost.

All in all, I am not sure if I will continue with this series. The story and the characters were pretty interesting (though they should get some new brains), I did like the illustrations, but I really value good spelling/grammar. And that is something the book was lacking at times.