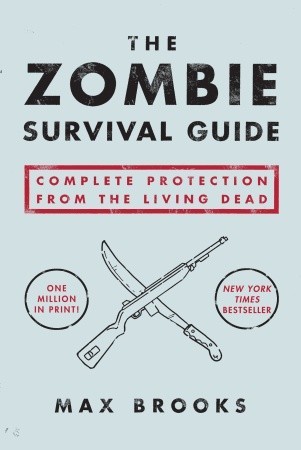 The review that follows will probably be a bit chaotic, a bit random, and it might or might not turn out long. I just need to get rid of a bit of anger about this book.

Because dear Lord in the heavens above, this book is horrifically boring and bad. This is due to a whole slew of reasons, starting with overload of repetitions, and ending with weapons 101 to infinity.

My biggest frustration is that this book is highly USA centred. Yeah, for everyone living in that country, but fuck you. The USA isn’t the only one in the world, isn’t the only country that matters. There is a whole world out there, and this book decided to focus mostly on America. Not only with descriptions about it, but also by thinking everyone can just grab weapons and be done with that. Maybe in America you can buy weapons everywhere (not sure how it works, but if I have to believe books, movies and newspapers, it seems it is practically true). Here though that is not true, not at all. I wouldn’t even know where to buy guns, swords or other weapons. Let alone how to get them (though I heard it isn’t easy to just get them, not without proof that you know how to handle them, have no mental illnesses and other stuff going on). So yay, you will survive the apocalypse, if you live in the freaking U of S of A.
And yes, I do know that this book is supposed to be hahah and silly and not taken seriously, but I am getting sick and tired of American-centred books. There is a whole world out there people. The USA isn’t the only one. Thank you.

That brings me to weaponry. Sure, I don’t mind reading about weapons, but this book often felt like a weapon 101 to infinity and bored and back, than that it was telling us about zombies and what weapons to use best. It just got sooooo boring to read about rifles, handguns, crossbows and other stuff that are supposedly so awesome. Yes, weapons might be nice for an apocalypse, but is it really necessary to keep going on and on about it. Just make a small section about it, with some basic information and handling and voilà, done.

Repetition, another killer and another strike for me on this book. The book CONSTANTLY repeats the same stuff over and over and over again. I could skip whole parts because it was just the same stuff, with a bit of a different flavour and a bit different wording. I think this book could easily have been 50 pages less if all that repeated stuff would have just been mentioned once.

Not only did it have repetition, it also contradicted itself many many times. Saying that you should pack lightly, and then later on tell us what to pack (and let me tell you it wasn’t a light pack). Or things like telling us to drop the cars, but later on tell us to use it as bait and then drive away when the killing is done. Um… wait what?
Or the whole fire stuff? Saying that it won’t work against zombies, maybe in the long run, but not quickly, and then later telling us to barricade and light up the zombies. Um, that sounds like a bad idea.. A very bad idea. They will just shamble forward and then destroy your barricade/place/etc.
And so there were various other examples that contradicted parts that were mentioned earlier. It is just silly. Next time maybe check it better?

The illustrations are another point that I found disappointing. I had hoped for a bit more illustrations, instead we get itty bitty tiny illustrations and only a few scattered throughout the book. It is a true shame, I think this book could have gotten better with some good illustrations or diagrams.

The beginning of the book was decent, but when the author continued rambling about zombies physiques I just started to yawn, but I thought it was just that part, sadly it turned out a lot of the book was just a snoozefest of endless descriptions that just went on and on for some time.

What more? Again, I know this book is supposed to be not taken seriously, it is all meant to be hilarious and haha. But sorry, idiocy much? You see an illustration with 2 people in an inflatable raft/boat, handling a harpoon. Um, didn’t anyone tell them that inflatable stuff + sharp pointy stuff = a bad idea. Also I don’t believe it one bit that they can reel in a heavy, probably bloated zombie to their boat. I know that inflatable boats can easily tip over if there is a heavy weight on one side. So I can see this all go gloriously wrong. Let’s see if it is because of the zombie eating them when they fall in the water, or because of the guy with the gun falling backwards and shooting a few accidental rounds and accidentally killing the other guy in the boat.

The book was also condescending at times, which made me angry. It treated people as stupid, and they would need to read the book to earn the grace of the the supposed writer of the guide.

Again, I probably mentioned it already, but it was immensely boring. For a book that is supposed to be funny (or at least I am guessing it is supposed to be that considering the out of proportional lists and facts and made-up stuff), I wasn’t laughing one bit. Oh, yes, I was laughing, at the immense stupidity that this book writes. I was rolling my eyes multiple times, which is really painful after a while, but I just couldn’t stop doing it. It was that stupid.

One thing I missed in this survival book was a first aid section. You would think that a book about survival would need a first aid section. Even in a zombie apocalypse you will break bones, scrape knees or get in  contact with stuff that might turn deadly when left untreated. It is a true shame that this one never mentioned anything about that. Just that you need a first aid kit. But other than that, nothing. Such an important thing, and it is left untold. Everything else is mentioned to death and repetition, they could easily have gotten rid of the repetition and add this highly lifesaving section.

Ah yes, another thing that was pretty weird, and also a big reason why I think people who haven’t read the World War Z books will be confused about things. It bases it zombies on the World War Z novel.. At least I am guessing it is doing that. They are talking about some kind of product that caused the epidemic and that it is the only kind of zombie that you will find. Contradictory, it will talk about Voodoo zombies later again. A bit of a shame. I can imagine why they only added this kind of zombie and that it might coincide with the other book, but it is a shame that they didn’t go beyond that world. Maybe I missed some stuff, or looked over stuff, but I thought it was weird and it made me like the book a bit less. I was hoping for a more rounded zombie book about all kinds of zombies. Again, I am sure someone who finds this book in the book store or online will get highly confused if they know nothing about that other world.

I could also apparently skip ~70 pages of this, as I already read the graphic novel about that part about Recorded Attacks. And I didn’t particularly feel up to seeing if there were any that weren’t adapted to that format (I read in reviews it featured mostly the popular ones, but I am not in the mood to go through ~70 pages and check if I recognize any of them).

All in all, this book was a chore to get through, it felt like a boring and bland textbook instead of a (supposedly) fun guide. I had to struggle through it and I became grumpier with each page (just ask my boyfriend, he tried to cheer me up multiple times, without much effect, because I just wanted to finish the damned book).

I think I have talked about most (if not all) of the stuff that highly frustrated me in this book, and why I rated this book so low. If there is any more, I will edit the review and add some new things. For now, I think this will do.

I am kind of worried now. I bought this one and World War Z in a bundled box, and I haven’t read World War Z yet, now though I am not sure if I should or want to read that one. If the writing is as bad as it is in this one, I would be terribly sad. It has cost enough money and I would feel it is wasted, I could have spend it on better books.

Would I recommend this book? No. No and definitely 110% no. There are other survival guides out there that are more fun.