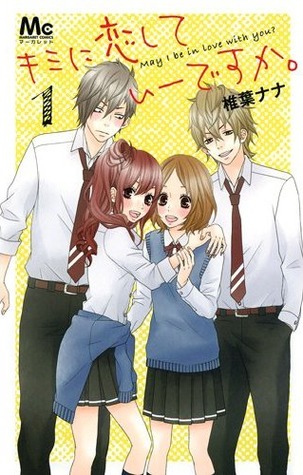 I was in the mood for some manga, and while I am sure I will read a lot of manga this weekend due to Animecon 2015, I just couldn’t resist reading one now.

In this one we have a guy, named Chigira, he is a really nice guy (well for most part), gets great grades, has a good body and is doing his best to make friends. Now this sounds like a great guy no? Well, sadly due to his unfortunate + very scary face, no one wants to be close to him. Just one look or just one smile and the people flee like he is about to drop a bomb. Teachers and other people distrust him due to his face, they treat him differently. And he does his best to make friends, he does his best to show that he is just a nice guy with an unfortunate face. I just felt sorry for him. I am not sure what I would have done in this situation, I might also have run away, but I might also have tried to make friends with him, or tried to learn more about him.

Of course the trope for scary faces is nothing new. Toradora, Karin, Angel Densetsu are just a few examples of people getting judged because of their faces, while they are for most just good guys. This was just another example of how people judge people. It is always interesting as every manga or anime does it a bit differently.

I loved that Chigira’s whole family had either the thug face or the dead-fish face (his mom). It was quite hilarious to see a little kid with the same face as a thug. Though her attitude is the same as her face (from what we could quickly see).

My favourite out of the two girls? Easy, Kibayashi. She was cute, she was nice and she tried her best to help out Chigira, she gave him advice, and he in turn helped her a lot. There is a lot of chemistry and sparks between them, and while I know the mangaka will probably go for Wakatsuki due to reasons, I am still crossing my fingers that the mangaka will take the other road, the one that leads to Kibayashi. They just match better than Wakatsuki and Chigira do. Sure, there is a small hint of romance between the two, but not enough for me to ship these two together. I am all for KibaGira or Chiyashi.

The story was pretty cute too, there are some real stuff happening (poor Kibayashi), which gave an extra edge to the manga. While it was something that was quite: WTH?, I can see why it was added. Giving more depth to Kibayashi, but also to probably give Wakatsuki a reason to see that Chigira isn’t that bad, that he is just a good guy with a bad face.

I do hope that one day I will find the second volume, until then I guess this one is on-hold for me.

Would I recommend this one? Yes, I would. It is a fun manga and it will make you laugh, cheer and maybe also cry a bit.