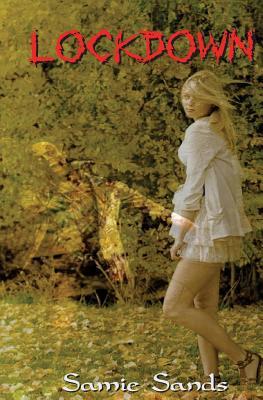 I was truly, honestly looking forward to this book, but I just have to face it, I am disappointed. The first part of the book was slightly boring and also annoying, the second part felt unreal (mostly with how the apocalypse/infection was handled and how the days seemed to pass), weird, but also was quite exciting with quite a few parts with of zombie action and gory situations.

I really did like that the book started off with before the zombie stuff happened. Many zombie books begin when it starts, or when it is already going on for some time. I haven’t read many zombie books were we read about the few weeks before hell breaks loose. It was truly interesting to see how it went from that they thought it was a hoax, to slowly, but surely it was more believed. Still you had people who would go out, or those that didn’t report their sick loved ones. At one point there was a bicycle dude just cycling outside, and I was like: “Wait, what? Are you an idiot? Stupid? Or something else. Why would you go out and risk things?” But I can also imagine why people were outside, it all seemed like just a big joke, even though government and other big organizations picked up on it and were showing more and more evidence. Zombies aren’t something you would truly expect to happen/to show up.
As the book progressed we went from just a few zombies, to houses full of zombies and zombies on the streets. What amazed me is that phone and several other things still worked. Generally these things are the first to die. Either due to people overusing it to reach their loved ones, or because of other reasons.
But while I do like that a book starts with before the zombies arrive, it was also a bit boring after a while. And the first part does take quite a bit of the book. Leah’s attitude, how she cared more about a guy and her reputation than thinking that it might be serious, I just wanted to shake her around.

Leah, where do I start with her. At times I was annoyed with her, for sending that mail to her boss (seriously, how stupid are you to not check it before you sent such stuff), for her believe that everything was a hoax, even when seeing the zombies. It was just kind of frustrating. Also her stupid idea of just breaking out and leaving a perfectly safe and good place. Yeah, girl, that sounds fab, let’s just go outside with all those critters of doom. That sounds terrific, absolutely wonderful. Most brilliant plan ever. rolls eyes Sure, I can imagine why she did it, but come on, couldn’t she have waited a bit longer than a few days? After all she saw in the latter days of her office lockdown, I thought she would gain some more brain cells.
It also got a bit boring to see her pine for some guy who is clearly not interested in her while the whole world around her collapse. And let’s not forget that she apparently thought she would need hair straighteners when she was packing her bags. Please, girl, you got better stuff to pack and better things to worry about than your precious hair.
Throughout the book she makes some incredible idiotic decisions. Like leaving that bag for her friend. Yeah, girl, it is nice of you to care, but those are some very precious provisions, you can leave some and then take the rest. It was a bit silly. Maybe she was still in shock from all the zombie stuff, but it just stood out. Even as the days pass miss Leah cares more about other things that finally taking some action and also kill some zombies. Poor Jake, he has to do all the brutal work.
And seriously, how stupid are you that you dive into a store, without checking before you enter stuff? Just dive to the chocolate, and then magically find out about zombies. sighsThis girl won’t survive long with this attitude.
Also her stupid remarks, for instance: “As we pass fields, I try to ignore all the animals. They’re wasting away, it’s awful. Maybe no one is feeding them now they can’t go outside.” Yeah, I think those farmers and other people have better things to do then to go outside and be a walking target for some hungry zombie. 🙂 Or maybe they are already zombies. Either way, seriously girl, priorities.

What happened in Chapter 24/25. Sorry, but wtf? Why this, why this all of the sudden. Sorry, I don’t mind if this kind of stuff happens as the story progresses and it actually fits the story, but after that happened this happens? Bleh, bleh and bleh. Just a bit too magical and too sudden. It felt like it was added for the sake of it. Oh we did this and that, now lets do this and then we can progress to this and that. Bleh, bleh and more bleh!!!

And what happens after that? Well, I am sorry but I don’t see Leah surviving very long. But she is the main character, so she will live, no matter who gets killed to save her, or what ever she does. Hey, I see a guy in a cage with all kinds of freaky zombies, let me save him! sighs
And I am not normally the kind of woman who goes boohooo about girls and them needing to do stuff on their own. I don’t mind it if girls rely a bit on a boy, but in this book it was just a bit sad. Leah just fell apart if she didn’t have a male companion who would do all the dirty work for her. I seriously doubted how she would survive through this apocalypse many times in this book.

The zombies were also a bit lacklustre in this book. While there was some action, there were some chases, mostly they were just in the background, always lurking about, always a danger, but apparently not that much of a danger. At least that is how it felt to me. After a while the book turned a little bit less creepy for me, and more like a book about a girl who hasn’t got a clue how to survive, cares more about how she looks and her vegetarian diet, makes enormously stupid decisions and remarks. Instead of following the antibiotics instructions (they should have that) she just takes as many as she can. She reminds me a bit of what would happen if you would drop Barbie in a zombie apocalypse.

The ending was not only very disgusting, but also a big freaking what the hell? I was kind of prepared for it, but it still shocked me. Especially what she did at the end, what she did to them. How could she do that? I know what she is, but she seemed still sane at times. 🙁 I won’t spoil anything, you will have to read it to find out what happens in the last few pages.

All in all, I am sad that I didn’t like the book, it truly sounded like a great book and I was really interested in it, but it just wasn’t what I liked.