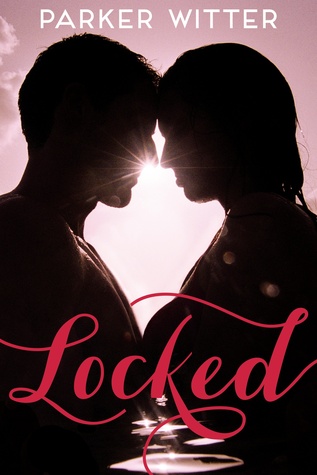 I decided to read this book because I just finished Famous in Love, and I was curious about this book.

Sadly though, it didn’t seem like it matched the movie that was mentioned in there. And sure, I could have seen it coming, they talk about it having 3 books in the Famous in Love book, but this one is only ~90 pages. I can honestly say though, that I would probably not have cared for the book if it had been longer. I can’t imagine it being fun to read about 2 people on an island for 3 big, long books. With this one I already felt bored at times. And at times it was just ridiculous and silly (like them making out and the roof catching fire and then magically it is gone when they don’t do anything).

The characters are also totally different from what I read about in the Famous in Love books. August is pretty decent and I mostly liked her. Though I didn’t like what she did with Noah, I can imagine that she might turn to him, thinking that her boyfriend is dead, but seriously? If that were me, I wouldn’t just switch over to another boy. Not that fast. But then again, we learn various things about August, Ed and Noah, and that turns the story a bit, but I still won’t approve of cheating.

August did try to start a life there, tried to learn the language, tried to hunt, tried to do all kinds of things, and I was so happy to see that happening. A lot of times the protagonists, especially females just tend to cry and whine and complain when they are stuck in such a situation. Instead we have August who just keeps going. Of course she still thinks about her family, about her boyfriend (she loves to think back to the days they were together), but she doesn’t just sit around. And sure, at times she complains, but I think she can do that. It is not the most fun thing after all, being stuck on an island, not able to leave, not knowing whether your friends/family are dead. She felt really real and at times I just wanted to hug her and tell her things would be OK.

Noah, meh, I didn’t particularly like him, especially not with the ending. I can understand why he did it, but I still don’t approve of it, well kind of, well OK, it ruined the book for me. The whole book is leaning towards that and then something like this happens? Bleh, bleh and bleh. Especially after that one night, I had expected a totally different ending. They both seemed to made up their minds and I was looking forward to seeing them do this and that. 🙁 Even after all we find out, I still think that Noah should have been honest from the start, he should have told her everything.

The whole magic thing? It was interesting and it gave the story something extra. Though it was a bit strange that they apparently couldn’t live without one of those people at all. I can imagine his role, and all but I think it is a bit too big for one person. One person to do all that? It must be kind of stressful, knowing that the island rests on your shoulders.

The ending? That was the part where I just kicked off a few points. It was crappy. Maybe I would have rated it higher again if we had an epilogue, something like a few years later, or a few months later, now it felt incomplete and it annoyed me a lot.