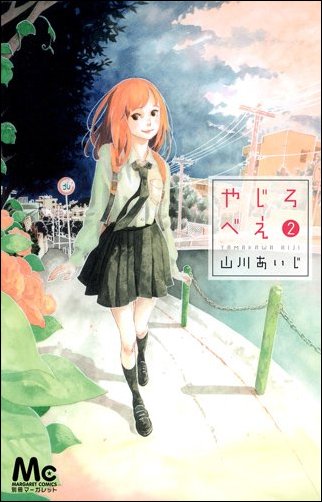 Well this turned out to be a disappointment, it felt too open-ended, I was hoping for a conclusive ending, and in a way we do get that. Haru and Seiji and Haru, her mom and Seiji. But what about Bonta? What about Toma? What about Chie-chan and Seiji?

Haru did grow up quite a bit, she doesn’t act like a child that much, but her thoughts are still that of a young child, at times that confused me. One minute she would understand things, she would act like a 15/16-year old, but at other times she would act like 5-year old, or act weird and not like herself.
I also wish she could make a choice. She can’t have Bonta and Toma, she has to pick. And throughout this book it is a frustrating mess of trying to make sense of her feelings, going forth and back to both of these guys. Bonta is clearly liking her, and he clearly wants to go further. At times we also see Haru has that liking, but at other times she runs away and goes to Towa.

I love how she is around Seiji, but it also worries me at times. Even though they aren’t truly father/daughter by blood or genes, they still are kind of father and daughter. Seiji raised Haru. But at times it feels like these 2 aren’t daughter/father, but more like friends or something wanting to be more. And I was quite worried that in this book she would take that step. Thankfully, the author keeps it all clean and nice and we get quite a nice speech about Haru’s feelings and how she truly feels about Seiji.

In this one we find out some more about Seiji and it was quite interesting to see how he grew up, how he met Haru’s mom. It was also sad at times, I won’t say what was said, but I hated that the mom did that. Never gave clarification, but just had it kept away like that. It didn’t make me like her that much.

We also have some other characters that I loved. My favourite? Bonta. He was a great guy and I do hope that he and Haru will get a happy ending in some kind of universe. They deserve it and they match up so wonderfully. Childhood friends and then more? Love it!

The art is still gorgeous and it looks much better than the previous book, we also have less of those silly non-fitting facial expressions, so I am quite happy.

But the ending? Like I said in the beginning, it was a big disappointment. I think it would have been better had there been another chapter, or maybe even another volume. I can imagine why the mangaka stopped, a lot of the story was told, and some things did get an ending, but quite a lot of things are open, and the way it ends now, like there are a lot of possibilities, it is just a shame that the mangaka didn’t grab those.

Would I recommend this manga? I am not sure. If you don’t mind a conclusive ending, instead getting one that just quietly goes on, if you like pretty decent art, then sure you can try this one.