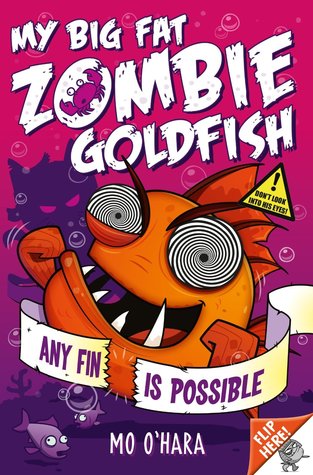 The fourth book in this series, and while it wasn’t as good as the others, it was still a good book.

Why didn’t I entirely like this one? Because this one just felt weird/off. The whole first story and what happened there was just not something that I felt fitted with all the other stories we have had about Frankie and Tom and Pradeep.
I am not sure how to explain it correctly, but while the other books meant that Tom and Pradeep had to prevent things from happening (at times being captured), in this one they are pretty much instantly captured and they have to do stuff. It felt like it was just a bit too evil, even for Mark and Sanj standards. Instead of laughing about the silly evil stuff that they often planned, I was shaking my head at quite a few of these things. It just seemed way over-the-top. Especially with that revelation near the end, I know Frankie was special, but this special? Sorry, no.
I still liked the Egyptian part and the whole tomb raiding and puzzle solving stuff that happened. It was interesting and I always had an interest in Egypt and mummies, so I was happy to see it in the story.

The second story is more like all the others again. We have a sportsday, but things aren’t going right. What is Mark planning now?
I really loved how Tom and Pradeep made new friends and also tried their best to help out their schools (even though Tom was pretty useless).
Poor Pradeep though, he is truly allergic to everything. From sacks to watermelons to a lot of other things. I also felt sorry for him for having such a mom. Who apparently doesn’t get that her son just wants to be left alone and not want to be hugged and cuddled and such in front of friends and the school.

It was fun to see Frankie again, and to see all the stuff he does.

I also hope that we will see those girls again, they made a nice addition to the story and I would feel sad if we didn’t see them after this story again.

All in all, this was still a good book, but as I explained it was a bit over-the-top at times. Still I would recommend this book, and I will still read all the other books that will come out. Because this is still a great series.