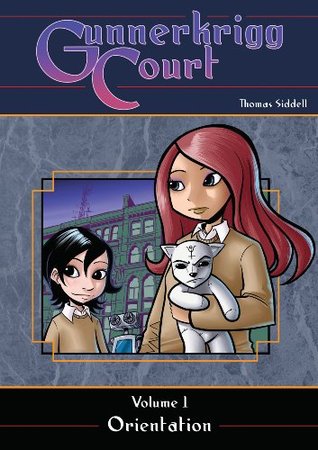 Well, that was a confusing read, and I probably won’t be reading the rest of this series.

The story, while connected at times, felt more like it went around hotchpotch and willy nilly. At times I was just bored out of my mind because the story just went from one thing to another. I don’t mind short stories, I don’t mind short chapters, but this was just meh.
And then at times it all connected again, or something happened that had to do with earlier stuff and it became a bit more interesting.

We also get some explanations on how the system works, but I still have a lot of questions on how things work. What is this school? How do you get to it? Are there also elementary schools? Universities? What are all these houses we saw when the girls were flying? And several, several more.

The characters, yes characters, while Kat is a side-character, I still see her as more of a main character since she is around so much and plays such an important role in this book.
Antimony or Annie (no clue how we go from Antimony to Annie, but OK), she was an ok character and had quite a past with a mom who died, a dad who likes disappearing. As the book continues we slowly find out more about her, but also about her mom.
Antimony doesn’t shy away from doing things her way, for instance making a robot to help a friend, or going out to a dangerous part to meet a friend. At times I found it foolish, at times I found it great. Great that she went through such lengths for a friend, foolish that she would do all that and risk her life so many times.

Kat was a really interesting character, she seems the most human and while she does like electronics, I could mostly understand her the most. At the surface she looks like just any teenage girl, swooning over teachers or men/boys, giggling and blushing, but deep down she is truly an inventor and she makes some epic stuff that I don’t see anyone else make. It is amazing and I really liked Kat more and more with each passing page. She truly cares about Antimony and wishes to help her out. Be it by lending her a shoulder when the past gains in on Antimony, or to help her out when she is in danger.
Her inventions are really great and I love that she can rebuild stuff to make them even better.

Now comes the one thing that comics/graphic books lean heavily on, the art (at least in my opinion it does). And I have to say this is a big reason why I deducted points. The art (sorry to say, and I don’t mean to offend anyone, just giving my honest opinion), is ugly. At times Antimony would have wounds that disappear and appear with each page. Or wounds that just disappear instantly. Sometimes the art looks pretty nice (during some close-ups), but most of it is just not good.
People that are far away just reduce to barely recognizable blobs with (if they are lucky) two circles as eyes.

Would I recommend this one? No. I wouldn’t.