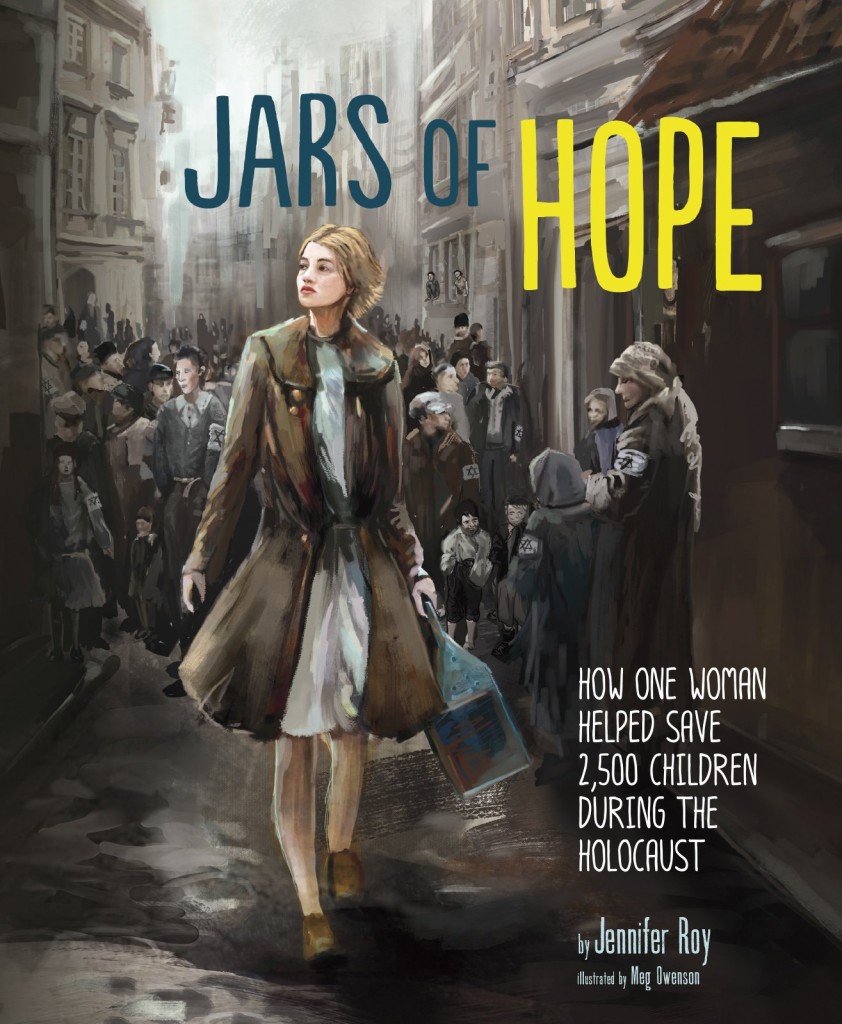 I have always been interested in WWII and what happened during that time, often it is truly heartbreaking, but also often it is filled with a sense of hope. Even when everything around them collapses, even when stuff seem to end in death, people tend to keep hope, hope for various things. Like hope to survive, to know that your children are safe, to hope that everything will end.. You will also see that in this book.

Irena, I am not sure if I ever heard of her, I probably did considering I read quite a few WWII books, was a great person. Instead of running away, instead of shying away from all that happened in the ghetto, she stuck close, helping out kids and family. Smuggling and taking them out of the ghetto, bringing them to safety and making sure that their new foster families would get money and food to take care of that extra mouth (because it is still the war, and one extra mouth can make a big difference in how much food there is for everyone).
Irena was an amazing person, even when she was caught she stayed silent, no matter how gruesome the torture (though since this is a children’s book it is mostly toned down, but I am guessing that the nazis won’t just have whipped her and do not much else.
I also loved that she kept in contact with the kids that she rescued, or at least a few. Amazing!

The story brought some tears to my eyes. Maybe I shouldn’t have read this book so soon after I read another heartbreaking book, but I just couldn’t wait to read this one.

The way the timeline jumps around was truly the only thing that I didn’t like that much. I know this is a short book and they have to get the important stuff in it, but it just felt odd that we hopped around the years like that. At times it was confusing as things suddenly felt accelerated, I had to remind myself that a year did go past and so a lot of events will have happened that led to this one special event.

The illustrations are gorgeous and beautiful, mostly done in gloomy and dark colours to capture the war, the hopelessness that was happening in that time. It was great to see how Irena was drawn, at most times she seemed to be a beacon that lit up the place, the one to bring happiness and light around her. Showing people that there is still hope, that she will help.

All in all, this book is highly recommended. There is also a handy glossary near the end, so if there are words that kids don’t know, they can just go to the end and check them out. I also loved that the author told us how things continued after the war (the story ends when Irena hides the lists). It gave a sense of closure and I am happy they did that. I would have rated the book lower if they had stopped at the hiding and didn’t disclose any more information on how Irena was doing and what happened to the lists.