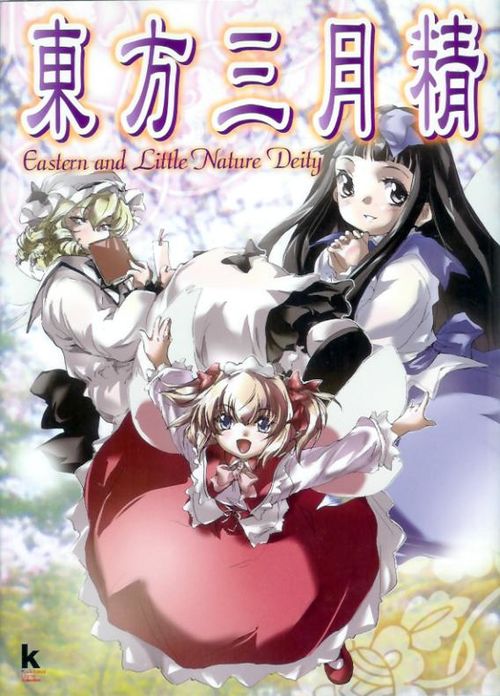 After I finished with the other 3 volumes about our 3 naughty prankster fairies, I decided to read this one as well. I do have to say I didn’t like it that much. Though this was mostly because of the art.

Once again we have 5 characters. We got the fairies (Sunny, Luna, Star) and then we have Reimu and Marisa. Most of the story is about the fairies playing pranks on Reimu/Marisa and others, and often they are getting busted for doing so. And if you know Reimu, the punishment isn’t a light one. She often kicks their butts, but that doesn’t deter them from just trying again.

Touhou is one of my favourite worlds/fandom. I don’t really like the games (I am not a bullethell kind of girl), but I love the music, the remixes/covers, the manga, the characters and the stories that surround these characters. I recently read another manga about the Touhou world, and decided it was now time to read about the fairies.

I have to say that while I did like the story in this one, at times the pranks just got a bit annoying. Mostly also because the pranks were just so boring and so lame. Come on, silencing the surrounding of the shrine while it rains, so that people will go out? And that is funny? I just couldn’t see the humour in the pranks, and I think that is the most important thing about a prank, that it should be funny. The fairies would be laughing, and I would be rolling my eyes at the lameness of the prank. They still got a lot to learn of pranking people. Especially when that person is the shrine maiden, also known as Reimu.

The art is the one that made me not like the book a whole lot. I have to say that the drawings were pretty decent and at times pretty, but it just felt unfinished, hurried. Often there would be no backgrounds, so you would just have characters who look quickly sketched in a world of white. It is a shame, there is a lot of promise and I am sure if the art had been polished, the backgrounds added at all the places, it would have been gorgeous. Now, it just felt short and I just had to keep myself from dropping it. Art in manga is number 1 priority, story is close second, followed by characters.

Would I recommend the manga? I am not sure, if you are a big fan of Touhou try it out, if you are new, try another manga, there are quite a few about the Touhou world.