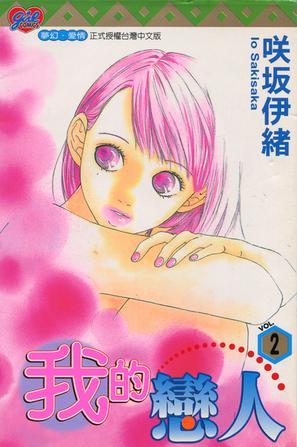 And with that this series is over. I still don’t like the series that much.

As foreshadowed in the previous volume, we have a rival in love popping up and getting between Junta and Emi. So instead of sister drama and boohoo jealousy, we got rival stuff and the ongoing let’s push Junta to basketball stuff. The first volume of the chapter just had me rolling my eyeballs a lot, but the second (and last chapter of this series) was pretty decent and I actually sniffled a bit near the end. Of course, it was an expected ending, but it was still something that I was looking forward to since the beginning of the series. So happy that it was truly added, and that we didn’t get a twist ending.

Junta was quite the idiot in this one. Not noticing Emi’s true feelings, or at least misunderstanding them and hurting her. Luckily he is not a complete idiot and after a bit of drama he finally realizes what is going on.

Now for the one shots (there are 2 of them).

The first one is named Second Bloom.
Phew, what a drama-fest that was, geez. The main character was pretty boring and I didn’t like her attitude and how she kept pining for Yamato. The thing she did to that girl? Jealousy much? I just wished she would be honest with Yamato, told him her feelings, instead of 50+ pages of her drooling over him, staring at him and growing more and more sad and jealous. The ending was pretty cute, but it was not an unexpected ending. Though I had kind of hoping that it wouldn’t happen, that would have made for a great manga, but then again, these type of manga always tend to end like this. 😐

Then we have the last one shot, which is called: An Unrequited Love.
Not much to say about that, there is only one or two times that something is said, both the same word (ah), the other times the manga is silent. Which made it pretty nice, as the illustrations clearly tell the story for us. We don’t need words, I really enjoyed this one. I loved the ending to it. Too bad it was so short though. The other one shot was really big, but this one is just ~16 pages.

The art for both the manga and the first one shot were so-so, at times not that pretty, at times (generally close-ups) it looked pretty nice. The last one shot had slightly better art, maybe because the focus is on it so much that it needs to look decent.

Would I recommend this manga/short stories? I am not sure, but I guess, looking at what I thought, I would say no.

2 thoughts on “Review for Watashi No Koibito Vol.2”