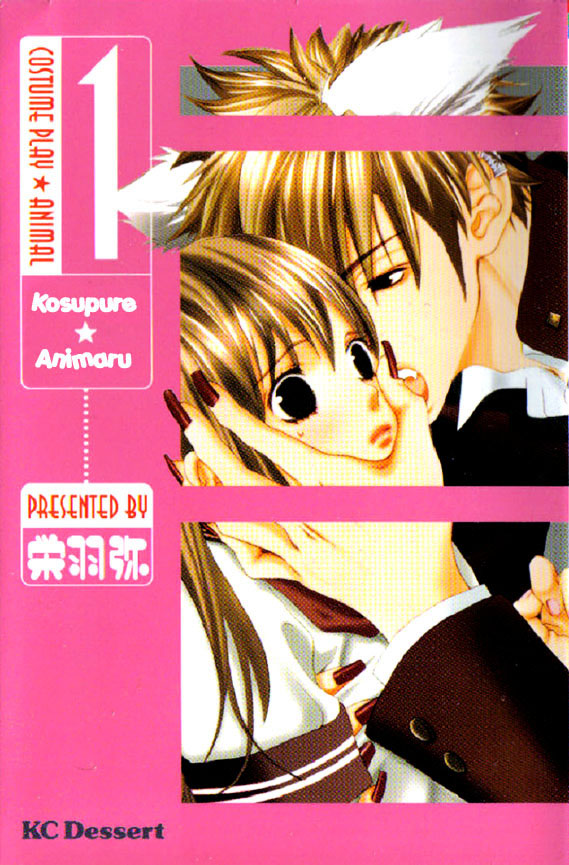 So, um, this was an interesting manga, though I wouldn’t recommend it for anyone under 16/17 years old. There is quite a bit of mention of sex, and while it isn’t explicit, there is still nakedness and you can clearly see they are having sex (just without all the explicitness).

The first two chapters in this manga are about Rika and her fetish (or obsession, whatever you want to call it) for uniforms. Her biggest fantasy is having sex while wearing a school uniform. Sadly, so far her boyfriends generally laughed at her when she showed them the outfit. Through some stuff she chats with a guy named Gen and they soon start to meet up. Unlike all her other boyfriends he doesn’t laugh, instead he is quite eager about it.

Rika was a great character, and I loved that she stayed honest. Instead of hiding her liking for uniforms she is open about it. Though of course she still avoids being caught in a cosplay, but I can understand that. She is 19 years old, grown-up, but loves school uniforms and wearing them. I can imagine it might be a bit embarrassing and also that she will worry people will dislike her for it.
I had quite a few laughs about how easily she falls asleep after the sex though. Seriously, what is Gen/Hajime doing with this girl? How much is he doing that makes her so tired?

Gen/Hajime, another great character and he was really funny and I loved how he respected Rika and how he encouraged her and her school uniform love. How he didn’t mind cosplaying and just complimented Rika on how she looked while wearing it. Not many guys would do that, so I was really awwww-ing all the time. He is such a sweet boy. And they match together so well.
I also loved that second chapter ending, I didn’t know he could be this jealous, it was amazing, and while I don’t always like jealousy, I was just squealing at how sweet he was, how he explained why he was doing what he did there, and I think if it was possible, that Rika would have melted on the spot. 🙂

Then we have the extra, which is about a totally different character, but also about sex, having sex and when to do it. There was also a part about second marriages and our main character finding out about stuff.
The boyfriend in this one was yet another example of a great boyfriend. Instead of pushing his girlfriend, or when she says she wants to, but he sees she is not ready, not there with her head, he just says they will have to wait, and that he doesn’t want to do it when she isn’t there. I was just so delighted when I read about that. Sooooo sweet. <3

The art is pretty decent, at times (when the characters were chibified/deformed) it wasn’t that good, but all the other scenes more than made up for it!

I will be sure to continue reading this series, hoping that we will have more Rika x Hajime.

Would I recommend this one? Yes, it is a really sweet manga with great characters and sweet romance.